At 44 years old, Gelsinger has entered three bodybuilding competitions so far in her amateur career.

When Gelsinger was in Vancouver attending the national bodybuilding competition, a group of women wearing the tracksuits caught her attention.

Theyre beautiful, theyre green, theyre black and I love seeing that but I was disappointed because I wasnt part of their team, Gelsinger said.

Competing under the name Cyndi Griffin, she entered her first competition in Edmonton, Alta. in April 2013. Gelsinger placed within the top three spots in the womens figures open age category. There are four bodybuilding divisions including, bikini, figures, physique and bodybuilding.

From there, she travelled to Vancouver to represent Alberta at the national level.

After Gelsinger attended the Vancouver competition, she planned to not compete in 2014 in order to focus on training. However, in October she discovered that the Saskatchewan Amateur Bodybuilding Association (SABBA) was hosting a figures division clinic.

When she attended the clinic, Gelsinger was encouraged to enter the SABBA 2014 Prairie Classic Halloween Showdown in Saskatoon on Nov. 2.

Gelsinger had only four weeks to prepare for the competition.

Normally I take 16 weeks to prep for a competition like everybody else does, she said. It was a tough four weeks, every day was a struggle, especially with my diet and getting to the gym.

As the date for the Saskatoon competition grew closer, Gelsinger kept a strict diet and began to deplete her water intake.

I had to get my hair done, get it cut, nails done with French tips, she said. I had to get my spray tan except the face. It brings out muscle tone and muscle definition — it amplifies all that. It makes a big difference.

Despite the lack of time, Gelsinger captured first place in the Womens Figure Tall division as well as the Overall Figure Champion.

Though it was her third competition, Gelsinger was still nervous when it came to walking on stage.

Its still really nerve wracking, Gelsinger said. Its not an easy thing to step on stage in front of everybody even though everyone tells you, You look great. Its still hard getting up in front of everyone and wearing a skinny little bikini and all eyes on you.

Im hoping one day, it will get easier.

Gelsinger has always led an active life, so her choice to begin training for bodybuilding competitions was a natural step.

I grew up with three brothers, so Ive always been competitive with them, Ive always wanted to be as good as they were at their sports, Gelsinger laughed.

She added that she often was injured when she played sports, leading to plenty of time lifting weights in the gym and running long distance.

Originally from Prince Albert, Gelsinger later moved to Hinton, Alta. to work in the mines with her fianc, John.

I started working in mines, its a physical job, she said. The only thing to do in a small town like Hinton was to go to the gym.

Five years ago, she began seriously dedicating her time to amateur bodybuilding.

I really upped my game and started to build muscle, Gelsinger said. I started training, training hard and getting my diet in check, making sure I put the right proteins and carbs that went along with it. I ended up getting a trainer, I was able to bring my body up to the next level and it kind of went from there.

Since Gelsinger won first at the Saskatoon competition, she will be headed straight to provincials in 2015.

My goal is to become a pro, she said. Hopefully soon if I keep working hard, maybe in the next year or two.

Until then, Gelsingers next goal is to receive a green and black tracksuit of her own at provincials.

Making your muscles grow takes proper training and nutrition, and often some sound advice. Ensure you're getting big and strong the right way with these 16 pro tips. http://www.bodybuilding.com/fun/the-16-best-muscle-building-tips-on-bodyspace.html 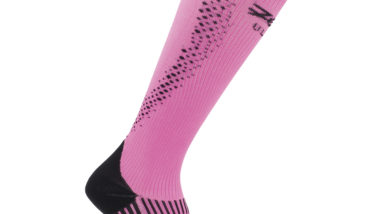