A diverse medley of sports disciplines are on display, featuring many Olympic events and bodybuilding, headlined by the Arnold Classic. A champion will be crowned for that particular event following the two days of competition on Friday and Saturday at the Greater Columbus Convention Center.

The festival began Thursday and will conclude Sunday, with weightlifting, gymnastics, fencing, martial arts, boxing and archery, along with numerous other sports, on display to make for a busy schedule.

Tom Baker[1] of The Columbus Dispatch captured an image of the various venues being utilized in the downtown Columbus area.

Check below for updates on how each day of the Arnold Sports Festival unfolds, featuring reaction and overall highlights.

The third day at the Arnold Sports Festival saw a diverse medley of events ranging from jump rope and pole fitness to weightlifting and arm wrestling. The big drawing card on the penultimate day was the Bikini International and Strongman Classic.

Here is a full list of results from Saturday’s action:

Ashley Kaltwasser became a two-time Arnold Bikini International champion on Saturday when she took top prize in the event over Justine Munro and others. It was her second consecutive victory in the competition.

After Kaltwasser was announced as the winner,FitnessRX For Women tweeted out a hearty congratulations since she has done writing about diet and nutrition tips for the magazine in the past.

There didn’t appear to be many hard feelings on the stage by any of the women, as Angelica Teixeira posted this photo of the stage view on Instagram:

Magnus Fitness tweeted out a picture of the champion onstage before her victory was official:

On the men’s side, one of the most intriguing battles was between Dexter Jackson and Branch Warren. The results ultimately went Jackson’s way, giving him five championship at the Arnold Sports Festival, perMuscle Insider:

Here’s a photo of Jackson with Schwarzenegger and his latest gold medal onstage after the victory, via NPC News Online:

Even in defeat, Warren has nothing to be ashamed of. He has been a winner here before in 2011 and 2012, and put on a great effort in defeat. Sometimes it’s not about what you do, but the other guy being better on a certain day.

However, per fellow bodybuilder Layne Norton, there may have been something else going on with Warren:

Regardless of whether or not Warren had an issue, Jackson was going to be nearly impossible to beat. The 45-year-old has found a second wind late in his career, but all the work is paying off masterfully. He hasn’t finished lower than fifth in a major competition since 2013.

While the weightlifters were on show Thursday, Friday saw the bodybuilders take center stage as some of the biggest stars in the world kicked off the Arnold Classic. Day 2 was only the men’s and women’s fitness and figure finals, with the highly anticipated strongman finals on Saturday night.

You can view the full results from Friday below, courtesy of NPCNewsOnline.com[2].

Juliana Malacarne was one of the big winners, defeating Dana Linn Bailey and Tycie Coppett to win the women’s physique discipline.

She reveled in the victory, posting a photo of her holding her hard-earned trophy on Instagram.

Over on the men’s side, Sadik Hadzovic held off Jason Poston and Anton Antipov to win the physique discipline. Like Malacarne, you couldn’t wipe the smile off Hadzovic’s face as he was showing off his hardware.

Oksana Grishina was much more successful defending her women’s fitness title, sweeping aside Tanji Johnson and Regiane DaSilva en route to a win.

The big competition from Thursday’s action was the masters weightlifting event, which took place at the Greater Columbus Convention Center.

Below is a list of the complete results from all of the different weight classes, accessible through ColumbusWeightLifting.org[3]:

James Aftosmis from Spoon Barbell posted the highest Sinclair Coefficient of anyone, totaling an impressive score of 229 on his best snatch and clean and jerks.

That gave Aftosmis a Sinclair number of 289.34 in the 77 kg weight class, which was proportionally better than John Bova of Black & Red Barbell Club. Bova had an exceptional showing in his own right as the only member of the 69 kg class, and he nearly lifted as much actual weight for a 283.55 Sinclair score.

In the 75.01 kg, Karena Etters (Team Lab) had a strong clean and jerk of 89 and a 65 best snatch. Those numbers edged out Melanie Perry of Columbus Weightlifting in both categories, as Perry had top scores of 84 and 62, respectively.

Annabeth Law edged Joy Bruening by one point to provide some serious suspense in the women’s 75 kg class.

Muscular Development added a couple of the winners from the Arnold Amateur competition that took place later in the afternoon:

Starting Friday there will be far more actual competitions for sports fans of many allegiances to bear witness to. The Convention Center will play host to fencing starting at 7 a.m. ET, followed byUSA powerlifting and gymnastics events.

The Arnold Classic starts at 7 p.m., which will be the main attraction as usual. Fans will be eagerly anticipating that flagship display.

Martial arts, boxing and grappling will provide some physical, fast-paced entertainment to precede it, beginning at 5 p.m.

Bodybuilding.com – 6 Tips To Stay Motivated Throughout Your …

If you committed to a transformation or fitness resolution in 2015, this article is for you! Learn how to stay on track with 6 simple tips from Team Cellucor. http://www.bodybuilding.com/fun/6-tips-to-stay-motivated-throughout-your-transformation.html 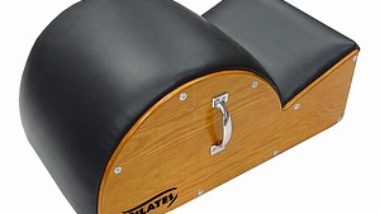