Yoga is a practice that people do keep their bodies in shape. All of the elements of Yoga were inherited form the practice of Hinduism. Ethnic principles, and body principles, along with spiritual guidance and philsophy are just some of the features associated with Yoga. Yoga is usually taught, by a person called a “Guru”. Their intentions are to teach people how to obtain a quieter state of mind through meditation. Quiet breathing and chanting “mantras” are practiced to help the person get to the “quiet” state of mind.

Yoga is supposed to lead a person to better health, and a calmer, more emotional well-being. Mental clarity and a joy in living are the main thoughts imposed upon a person who practices Yoga. The steps in Yoga ultimately are supposed to lead to an advanced state of meditation called “samadhi”.

All the goals of Yoga are expressed in different ways among a lot of different traditions. In Hinduism the main thought is that yoga brings people closer to God. In Buddhism practices, yoga is supposed to help people get a deeper sense of wisdom, compassion, and insight. In some of the farther Western countries, individualism is the strongest emphasis, so yoga would help people there get a better meaning in themselves. But, the ultimate goal of yoga is to actually attain liberation, from any type of suffering and/or the cycle of birth and death.

The word “yoga” derives from a sacred root of “Sanskrit”, which in English means “yoke”. The general translation of yoga is a “union of the

individual with the universal soul”. The diversity of yoga involves many subdivisions, but everyone would agree that “the path to enlightenment” is the best suited phrase for yoga.

A common theme of yoga is the practice of concentration. The concentration is mainly focused on one point of sensation. When you sustain this “concentration” for a long enough period of time you will reach, what is called “meditation”. Most meditators express deeper feelings of joy, peace, and self-oneness. The focus of meditation differs between yoga teachers. Some may focus more on peaceful thoughts, spiritualism, or a better sense of well-being, while others will focus on the more physical aspects like, different types of stretches for getting the body into being more fit. All would agree though that meditation for either the sp

iritual part or physical part of yoga is the most practiced.

A little bit of history on yoga comes from the Indus Valley Civilization that was around somewhere in between six or seven thousand years ago. The earliest accounts of yoga were documented in the Rig Veda. This was a certain type of writing used back around 1500 to 2000 BC. However, the full description of yoga was first found in the “Upinasads” composed around the eighth century before Christ. The main thought of the Upinasads was that they constituted the end or conclusion of the “traditional body of spiritual wisdom”. The Upinasads used to offer sacrifices and hold certain types of ceremonies to appease the Gods. They used the thought that man could please the external gods by these sacrifices and in return that they would become one with the Supreme Being, through moral culture, restraint, and a stronger training of their minds.

With all the different types and practices of yoga, one person has so many types to choose from. Whether they want a more peaceful inner self, a stronger sense of well-being, or a body that will be put into better shape. All practices contain a characteristic designed for each purpose. While some practices are argued about, all have one thing in common, it is practiced regularly around the world by many, and it is growing more popular every day.

Different types of yoga Hatha yoga, vinyasa flow, Ashtanga, yin yoga, restorative yoga, Anusara, Bikram, hot yoga, Iyengar, Kundalini yoga; there are so many different types of yoga that it’s sometimes hard to find out what what is. Most yoga types follow the Royal Path of yoga, only their focus on asanas is different. …

Mother’s Day Special! So much happening for the Moms!
Yoga for Birth & Labor will be held April 4th, 12:30pm at Cambridge O2 Yoga. Join me! Register
IT’S BACK! Yoga & Massage Special! I partner with the wonderful and talented Kate Wolfe for an hour prenatal (postnatal) massage and 3-yoga classes. Schedule …

The Benefits of Yoga for Businesses & Professionals Yoga has long been regarded as one of the best forms of relaxation, and many more people are realizing the benefits of regular yoga sessions to reduce stress levels in their lives.
Some businesses have even included yoga as a benefit to their employees, as they have seen increased productivity and … 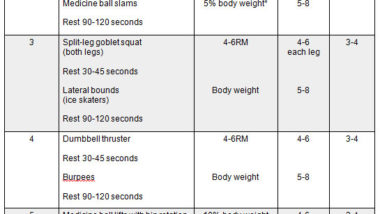