Believe it because its true: The local bodybuilding competition now includes a chess matchbetween Arnold Schwarzenegger and an 8-year-old.

Not to mention the horses and the kid magician.

Well get to the pickleball.

Organizers of the Arnold Sports Festival 2015 have put together their biggest, most-diverseevent yet, so huge that it occupies all 1.7million square feet of the Greater Columbus ConventionCenter and 10 buildings at the Ohio Expo Center, 2 miles away.

It begins with a handful of events on Thursday and then explodes into a weekend of weightliftingand cheerleading and disc golf and archery and singing and professional wrestling and chess andpole dancing.

Theres no way we could have foreseen or anticipated this, said founder Jim Lorimer.

Lorimer was a Nationwide Insurance executive when he staged his first bodybuilding competitionin Columbus nearly 50 years ago. A few years later, he invited a meaty Austrian to Columbus for theMr. World competition.

Schwarzenegger won. A friendship blossomed. In 1989, the duo produced the first ArnoldSchwarzenegger Classic, a one-day big-muscle event that drew 4,000 fans to Columbus.

Like the biceps of a high-school string bean hell-bent on revenge, the Arnold grew and grew. Itadded a fitness expo. Expanded to three days. Doubled and quadrupled and decupled itsattendance.

Old moments of pride seem laughable now. In 1994, the event was estimated to bring a $2 million windfall to the city. In 2000, a whopping 1,600 competitors attended.

Weve made a quantum leap, Lorimer said in 2001. Im using 500,000 square feet: all of theconvention center and all of Vets Memorial.

Now, the Arnold is the biggest event of its kind anywhere. It is expected to bring more than $50million to the region, said Brian Ross, the president and CEO of Experience Columbus. Some 18,000athletes are coming. There will be more than 50 sports and events.

Basically, its kind of blown up from kind of being everything at Veterans Memorial to takingover just about every facility Downtown, said Shawn Loevenguth with Live Technologies, which haslong handled the Arnolds stage productions.

Demolition of Franklin County Veterans Memorial began last month. Although Lorimer wasnt happyabout that, it gave the Arnold an opportunity to grow even larger. The festival moved some of itsevents to the fairgrounds and added an entirely new Kids Fitness Expo there.

The momentum was there for change, Lorimer said. We just decided to take advantage ofthat.”

This years Arnold has taken leaps that make the previous years growth look like babysteps.

At the Ohio Expo Center, kids will meet representatives from all of the citys sports teamswhile also learning about fencing, lacrosse, golf and more.

There will be equestrian events. There will be a talent competition with a kid magician. Therewill be the chess challenge, where Schwarzenegger will take on a fierce competitor who probablyweighs less than his right leg.

The Expo Center also will devote an entire building to table tennis and another to the festivals first pickleball games, a sport that is not quite tennis, not quite badminton. In all, there are28 sports and activities at the fairgrounds.

We immediately filled 10 buildings out there, Lorimer said. It just shows the great growthpotential that was open out there.

Free shuttles will run between the Expo Center and the convention center, where there will stillbe the popular fitness expo with its 900 booths of weights and gloves and glittery bikinis andcandy bars guaranteed to make you run faster. This year, the convention center also will host theclassic bodybuilding and physique events that used to take place at Veterans Memorial.

Lorimer doesnt know how people will respond to the expanded festival. He doesnt know if theDowntown crowd will take the free shuttles to the Expo Center and vice versa. He doesnt knowwhether the Arnold will grip the youth market its courting. But hes optimistic.

Where the Arnold heads is anyones guess. Even those closely involved with it didnt envision itgrowing so large, never mind swallowing two of the citys largest event spaces. Also, who knew thatthe Terminator played chess? And who had even heard of pickleball two years ago?

Ross, at Experience Columbus, asked to guess what might be next for the Arnold, said he couldnt.

I cannot predict it, he said, noting, I never knew that there was a fitness event thatinvolved pole dancing. 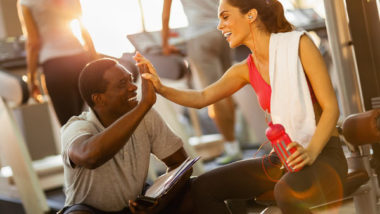 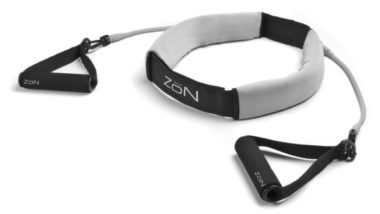