Alcohol comes into direct contact with the mouth, throat, esophagus, stomach and intestines as well as being absorbed into the bloodstream. Health problems can begin as headaches, feeling nauseated, sore throat or indigestion. However, if alcohol abuse continues, these and other alcohol and health symptoms can develop into more serious illnesses and diseases.

 Nausea, Vomiting, Dizziness, Hangovers – excessive alcohol consumption can result in the body trying to protect itself by getting rid of the alcohol and vomiting. Alcohol and health and the central nervous system are related since alcohol affects a person’s sense of balance and orientation, leading to a feeling of nausea and/or dizziness. Hangovers are partly due to the body’s dehydration caused by alcohol consumption, and hangover effects of alcohol on the body may be felt a few hours after consuming alcohol.

 Loss of Muscle Control – slurred speech is one of the effects of alcohol on the body. Impaired judgement and poor coordination are alcohol and health effects that can lead to falls and accidents.

se Interactions with Medications – alcohol is known to interact negatively with at least 100 medications. For example, antihistamines taken with alcohol can increase the drowsiness that this medication by itself can cause. Large doses of the painkiller acetaminophen taken together when consuming alcohol increases the risk of liver damage.

 Pregnancy Risks – alcohol can cause numerous birth defects, the most serious being fetal alcohol syndrome. Babies born with fetal alcohol syndrome will have physical abnormalities, mental impairment and problems with behavior. To avoid negative alcohol and health effects during pregnancy, do not drink alcohol during pregnancy as no one knows exactly how much alcohol causes birth deffects.

 Liver Inflammation and Cirrhosis of the Liver – liver inflammation symptoms include abnormal yellowing of the skin, eyeballs and urine, fever and abdominal pain. And in the case of cirrhosis, as many as one in five heavy drinkers will develop cirrhosis of the liver. Alcohol is especially harmful to the liver since the liver is needed to metabolize alcohol. Alcohol destroys liver cells, and it destroys the ability of the liver to regenerate new cells.

 Cancer – long term heavy drinkers increase their risk for certain forms of cancer such as cancer of the mouth, throat and esophagus and colon.

 Pancreaitis – long term heavy drinking can result in developing inflammation of the pancreas, called pancreaitis. The pancreas are needed for food digestion, and pancreaitis symptoms include severe abdominal pain and weight loss. Pancreaitis can be life-threatening.

Additional long term negative alcohol and health effects on the body include damage to the brain, nerve damage, bleeding in the esophagus, erectile dysfunction in men, insomnia and depression. If you’d like to learn more about alcoholism stages and warning signs, there are proven resources available that can help. It is never too late to begin recovery from alcohol addiction.

Letter: Caution on Heavy Drinking Continue reading the main story
To the Editor:
Re ” 90% of Those Who Drink Excessively Aren’t Alcoholics, a Government Study Finds ” (news article, Nov. 21):
The national data you highlight suggesting that the bulk of heavy drinking is not by people with alcohol addiction also holds true for New Yorkers: More …

Council and health bosses join forces to help children at risk of harm through ‘passive drinking’ Ian West/PA
Campaigners are calling for restrictions to put on the cost and marketing of booze
Manchester is getting behind a big booze campaign after new research showed children were becoming victims of ‘passive drinking.’
The study by North West Drink Wise showed youngsters were being abused, neglected and caused emotional distress because … 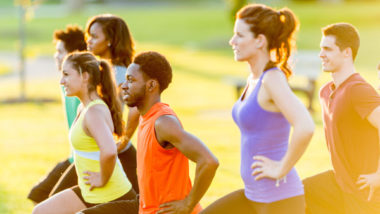 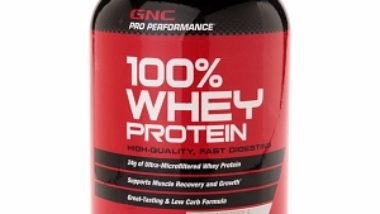