The process of zombification has long been the source of many horror stories. Everything from George Romero’s “Living Dead” movies to horror master H. P. Lovecraft’s “Herbert West: Reanimator” have put their own twist on the “zombie” theme. However, most people do not realize that zombies are, in an odd way, quite real.

In Haiti, it is illegal to turn someone into a zombie, which may seem like a ridiculous law. Haitians, however, are raised to understand not the pop culture concept of the zombie, but a creature far closer to the original Voodoo myths that inspired them. There is a particular formula used by Haitian witch doctors for the zombification process, which usually involves the use of very potent, highly concentrated doses of muscle relaxant.

Muscle relaxants and potent anesthetics are the key components of any formula for making someone a zombie. In the context of Western medicine, a concoction is made with the use of a variety of herbs and toxins, most of which involve puffer fish poison or (in some territories) just the right amount of hemlock, to force the body into a very specific state of immobility. The body’s vital signs drop and will appear dead on all standard means of checking, with the pulse only detectable by sensitive instrumen

ts. This process is achieved through a number of means, but the use of a powerful muscle relaxant and anesthetic tend to be necessary for this to work. Without a muscle relaxant and an anesthetic, the body apparently fails to achieve the death-like state that forces family members to bury the loved one. Once this is done, the witch doctor simply has to be there at the right time to dig out the victim as his body recovers from the drug and claim him as a zombie servant.

There are, of course, side effects associated with the muscle relaxant-based zombification formula. For one thing, the flow of blood from the heart to the brain (among other parts of the body) is severely reduced by this, with some of the more potent “potions” stopping the flow of blood in the body altogether for a short period of time

. The time of this reduced flow is minimal, but when combined with the lack of oxygen due to being buried alive, there can be extensive damage done to the brain. According to modern science and research teams dispatched to Haiti to study the illegal practice, most “zombies” experience a number of debilitating problems once revived, such as poor hand-eye coordination and problems with cognitive processes. Muscular atrophy has also been noted as a problem early on, though most victims of the procedure recover in time. It is the mental functions and the impaired mental capacity that are the most prominent problems, aside from the very high risk of death.

Death, like in pop culture zombies, is very much a key component of the Haitian zombie scene. There is the fact that the person is made to appear dead by the witch doctor’s foul brew, though a truly discerning medical examination can determine that he is not. The next one is the fact that, culturally, such people will be regarded by friends and family as dead and will avoid association with them. Being buried alive also carries great risk, especially if the witch doctor does not dig up the victim before he suffocates. Finally, there is the very real risk that the witch doctor’s formula was flawed, with too much of the muscle relaxant or anesthetic, resulting in death.

Fibro Takes Over Again I do not like to talk much about my illnesses, as I have distorted thoughts that talking about it over and over is simply being weak and attention seeking. Oatsie, however, believes it is beneficial so here we go.
I was in a car accident in 1996. I was not wearing my seat belt. A lady in a Lincoln Towncar pulled out in front of my Camaro…

Why You Risk Your Life Every Time You Elect Surgery and Anesthesia Refrain from any type of elective surgery unless it is absolutely necessary
by Marco Torres | Prevent Disease | July 21, 2014
General anesthesia works to knock you out and escape pain during oral surgery, elective surgery and other complicated surgical procedures. However, anesthetic agents can be toxic and bring about serious, even fatal…

My Take: Dealing with Anxiety and/or Arrhythmia I belong to a couple of online support forums – one for anxiety and one for arrhythmias/heart issues. It is quite fascinating how the topics can often intermingle. Especially the anxiety and heart issues. If I had to guess, I would say that some form of anxiety/panic co-exists with a heart rhythm disorder probably 80% of the time – and that is…

Zombies vs. animals? The living dead wouldn’t stand a chance With The Walking Dead’s fourth season premiere and Halloween almost upon us, the living dead are back in full-force.
Zombies are scary. We humans are evolutionarily pre-programmed to abhor the dead bodies of our own species. It’s a natural reaction, helping healthy individuals avoid fatal pathogens.
The thought of being eaten alive is a natural… 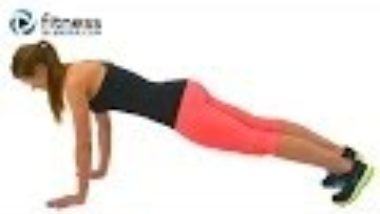 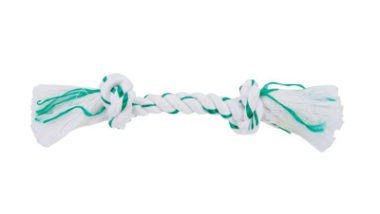