Early to mid-life obesity appears to be linked to heightened risk of dementia in later life, researchers report. There is a threefold risk for those with severe obesity in their 30s, the observational study indicates.

But the age at which a person is obese seems to be a key factor, the findings show, with an apparent tripling in risk for people in their 30s.

Estimates suggest that almost 66 million people around the globe will have dementia by 2030, with the numbers predicted to top 115 million by 2050.

There is growing evidence that obesity is linked to dementia, but the research indicates that risk may be heightened or lowered, depending on age. And as yet, no study has looked at the age related effect of obesity on dementia risk across the whole age range in the population of one country.

So the researchers decided to do this, using anonymized data from hospital records for the whole of England for the period 1999-2011. Data in which obesity had been recorded were then searched for any subsequent care for, or death from, dementia.

During the study period, 451 232 of those admitted to hospital in England were diagnosed with obesity, 43% of whom were men.

The analysis revealed an incremental decrease in overall risk of hospital admission for dementia the older a person was when a diagnosis of obesity was first recorded, irrespective of gender.

People in their 70s with obesity were neither at heightened or lowered risk of developing dementia, while those in their 80s were 22% less likely to develop the disease, the findings indicated.

There were some age differences between the risk of developing vascular dementia or Alzheimer’s disease, with those in their 30s at greater risk of both. A diagnosis of obesity in the 40s through to the 60s was associated with an increased risk of vascular dementia, while the risk of Alzheimer’s disease was lower in those diagnosed with obesity from their 60s onwards.

This is an observational study, so no definitive conclusions can be drawn about cause and effect. But the findings confirm smaller published studies from elsewhere which report an increased risk of dementia in young people who are obese, but a reduced risk in older obese people, say the researchers.

They venture that a possible explanation for the particularly high risk found in early to mid-life may lie in the fact that heavier weight is associated with diabetes and cardiovascular risk factors, which are themselves linked to a heightened risk of dementia.

And it would seem that if people can

Tired of the same old boring workout routine? Then it’s time to put on your dancing shoes and shake your way to a better body and better health! Zumba Fitness®; the first and only Latin-inspired dance-fitness program that has taken the world by storm; is now invading your living room in Zumba Fitness for PS3 . The Zumba Fitness video game; pairs red hot international dance steps with sexy Latin music to create an addictively fun; yet challenging exercise party! Zumba Fitness features nine different dance styles; such as salsa; hip-hop; and mambo and uses the included Zumba Fitness belt to create a real-time gaming experience. The belt wraps around your waist allowing the motion controller to move with the motion of your hips where the movement originates from. Even if you don’t know how to dance; learning the Zumba moves and techniques is simple with the help of Zumba instructors Tanya; Gina; and Zumba’s creator Beto. They will guide you through more than 30 exciting; body rocking routines that will make you forget you are even exercising. Plus; you can invite up to four of your friends to join in all the hip shaking; arm swaying; foot stomping fun-both locally and online-for the ultimate workout dance party! Game Features Maximum Number of Players: 1 to 4 Online Play: Yes Compatibility: PS3 Manufacturer: Majesco Category: Fitness; Music; Action Subcategory: N/A ESRB Rating: Everyone(10+) ESRB Content Descriptors: Mild Lyrics
List Price:
Price: 34.99

Build strength, stamina and endurance for everything in your life with Gaiam’s Power Yoga Total Body Workout DVD. Yoga expert Rodney Yee guides you through a challenging yoga sequence that creates detoxifying heat in your body and helps you build inner and outer strength. 75 minutes. USA. Please note: this is one of our most strenuous DVDs as it offers a continuous hour long practice with no divided segments. Beginners may want to start with only part of the program at first. 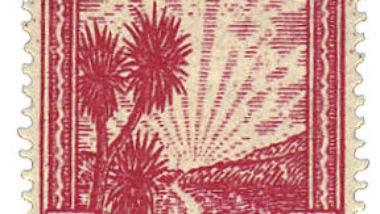 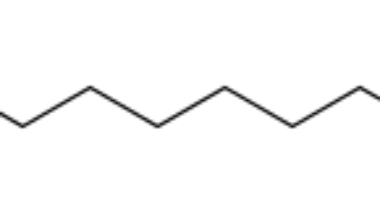