Maybe the numbers on the scale aren’t alarming, but that doesn’t mean that healthy-weight children get a pass on exercising, according to a new University of Illinois study published in Pediatrics.

“The FITKids study demonstrates the extent to which physical activity can improve body composition, and that’s important because it matters to your health where fat is stored. But the study is also interesting for what happened in the control group to the kids who didn’t exercise,” said Naiman Khan, a postdoctoral researcher in the U of I’s Division of Nutritional Sciences.

At the end of the nine-month program, the contrast between the exercisers and non-exercisers was noticeable, he said. “FITKids had improved cardiovascular fitness, less overall body fat, and carried less fat around their abdomens, a risk factor for diabetes and heart disease. The opposite was true for the control group who maintained their regular after-school routine.”

FITKids was developed by Charles Hillman, a U of I professor of kinesiology who studies the effects of physical activity on the brain and cognition. The body composition results were secondary to the study’s primary aim, which was to assess cognitive function as it changes in kids who are physically active compared to those in the control group.

“These results are interesting because it wasn’t a weight-loss study. More than half the kids who participated were at a healthy weight, and that allowed us to observe how exercise or lack of exercise affected body composition in normal-weight and overweight children,” Khan said.

In the study, 220 eight- to nine-year-olds were assigned to either a nine-month physical activity intervention or a control group. The intervention provided 70 minutes of moderate to vigorous physical activity five days a week. Baseline and follow-up cardiorespiratory fitness, percent fat mass, percent central fat mass, and estimated abdominal fat tissue were measured.

Although the control group displayed no change in cardiorespiratory fitness, kids in that group increased in percent fat mass and abdominal fat tissue, he said.

“So the weight of healthy-weight children who don’t exercise doesn’t just remain stable. Normal-weight kids who don’t exercise do gain an excess amount of weight for their age, and if they become overweight, the tendency is to store excess fat in their abdomens. They’re going in the wrong direction,” Khan noted.

Parents of healthy-weight children would do well to promote exercise so their kids can avoid the onset of obesity, the researcher advised.

“Your child should engage in moderate to vigorous exercise for about an hour a day. Adults should make sure kids have a space to play and play games in and opportunities to be physically during or after school. If kids are at a healthy weight for their age, we want to make sure they stay that way,” Khan said.

<p>Question by you dont know me: Wii fitness??
I was wondering if anyone has bought wii fitness, and if so, is it any good? Actually help you take weight off or anything? Thanks!!

Answer by im the daddy
havent had it long enough yet, sorry cant help 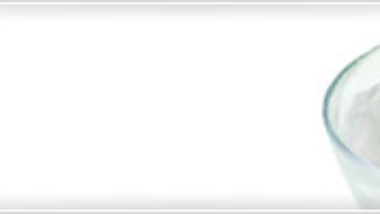 5 Foods for a Flatter Stomach 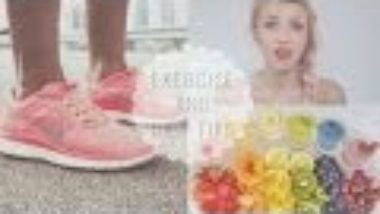