In the largest study to ever investigate the effects of exercise training in patients with heart failure, exercise training reduced the risk for subsequent all-cause mortality or all-cause hospitalization in women by 26 percent, compared with 10 percent in men. While a causal relationship has previously been observed in clinical practice between improved health outcomes and exercise, this trial is the first to link the effects of exercise training to health outcomes in women with cardiovascular disease. This study, an exploratory analysis, recently was published in the Journal of the American College of Cardiology: Heart Failure.

“This trial was uniquely positioned to review results of exercise training in women compared with men since we included a pre-specified analysis of women, we used the largest testing database ever acquired of women and the population was optimized with medical therapy,” said Ileana Piña, M.D., M.P.H., associate chief, Academic Affairs, Division of Cardiology, Montefiore Medical Center, professor of Medicine and Epidemiology & Population Health, Albert Einstein College of Medicine of Yeshiva University, the NHLBI-sponsored clinical trial investigator and chair of the Steering Committee. “Heart disease has a major impact on women. Our goal is for these findings to greatly impact the management of this challenging syndrome.”

Heart disease is the leading cause of death for women in the United States, responsible for one-in-four female deaths. Although women are twice as likely as men to develop heart failure following heart attack or cardiac ischemia, they are less often directed to complete an exercise program.

Women with cardiovascular disease are largely underrepresented in past exercise research, and no large trial has previously studied the impact of exercise training on health outcomes for women with heart failure. The randomized, multicenter, international HF-ACTION (The Heart Failure — A Controlled Trial Investigating Outcomes of Exercise Training) trial included the largest cohort of women with heart failure to undergo exercise training, and examined potential gender differences that could affect physical exercise prescription.

“These findings are significant because they represent important implications for clinical practice and patient behaviors,” said Dr. Piña. “Findings suggest physicians should consider exercise as a component of treatment for female patients with heart failure, as they do for male patients.”

The clinical trial randomized 2,331 patients with heart failure and a left ventricular ejection fraction of less than or equal to 35 percent to either a formal exercise program plus optimal medical therapy, or to optimal medical therapy alone. Prior to randomization, patients underwent symptom-limited cardiopulmonary exercise tests to assess exercise capacity, as measured by peak oxygen uptake (VO2). Patients randomized to the exercise treatment arm participated in supervised walking, or stationary cycling for 30 minutes three days a week for six weeks. After completing 18 sessions, patients added 40 minutes of home-based exercise two days per week. After 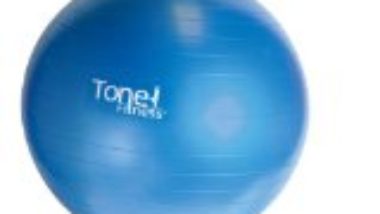