Although the remarkable benefits of combined training have been clarified by numerous investigations, fitness enthusiasts struggle with the same question: Does the order of cardio- and resistance training influence the effectiveness of a training program?

This question has now been the focus of a series of investigations in the Department of Biology of Physical Activity at the University of Jyväskylä, Finland. The international research group led by Professor Keijo Häkkinen and coordinated by PhD student Moritz Schumann has recruited a total of almost 200 recreationally active and healthy men and women as well as endurance athletes during the years 2011-2013 to thoroughly investigate this topic. The first findings of these studies investigating physically active men were recently published in two internationally peer-review Journals.

The participants of these studies (Schumann et al. 2014a, 2014b) were 18-40 years old men and performed either supervised cardio- immediately followed by strength training or vice versa for 24 weeks (2-3 combined cardio- and resistance sessions per week). The researchers were interested to investigate whether the immediate anabolic effects of one single exercise session would differ between the two training orders and whether these differences would be reflected in the physiological adaptations induced by 6 months of training. As prolonged aerobic performance may “weaken” the exercised muscles and essentially reduce the ability to lift heavy loads during the subsequent resistance training session, the researchers expected to observe less favorable anabolic effects resulting in compromised adaptations in muscle strength and mass in the “cardio first” group compared to the group which started each session with resistance training.

Indeed, this study expectedly revealed that the anabolic responses of one single training session seemed to be less favorable in the training group starting with cardio. This was especially indicated by reduced concentrations of serum testosterone during recovery for up to 2 days, which may possibly be detrimental to optimal muscle growth and strength development. However, this initial difference between the recovery times was no longer observed after the 24-week training period and both groups actually increased physical performance and muscle size to about a similar extent.

Based on these findings, the researchers concluded that the training order of combined cardio- and resistance training does not seem to have an effect on biological adaptations, leaving the exercise order up to personal preference. However, since in the early phase of the training the recovery of the group starting with cardio was prolonged, caution should be paid when performing high amounts and/or a high frequency of training. Performing 2-3 combined cardio- and resistance training sessions per week, of 90-120 min each, does not lead to differences in the

http://stemcellskinsolutions.weebly.com/ – Exercise and the Brain explains how aerobic activity transforms not only the body but also the mind of people of a… 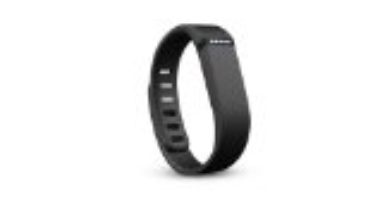