There is a known link between elevated body mass index (BMI) and symptomatic knee osteoarthritis (OA). While patients who have undergone gastric bypass surgery (GBS) — a procedure that closes off much of the stomach and causes food to bypass a portion of the small intestine─typically lose weight, the comparative impact of this weight loss on knee pain and function has not been measured.

The new study, “The Impact of Gastric Bypass Surgery Compared to Total Knee Arthroplasty on Knee Symptoms,” presented today at the 2014 Annual Meeting of the American Academy of Orthopaedic Surgeons (AAOS), included two groups of patients: 20 GBS patients (16 women and four men) with a mean age of 52 years and a mean pre-operative BMI of 45.6 kg/m², and 40 patients who underwent total knee replacement (TKR) for symptomatic OA.

Comparatively, GBS patients with self-reported OA had greater knee pain and worse function preoperatively when compared to those without OA, as well as a smaller percentage improvement in pain (63.5 versus 74 percent) and function (66.4 versus 72.9 percent) at final follow up. The study authors recommend that surgeons consider bariatric consultation for obese patients who have knee symptoms but lack advanced osteoarthritis or other conditions amendable to orthopaedic management.

The above story is based on materials provided by American Academy of Orthopaedic Surgeons. Note: Materials may be edited for content and length. 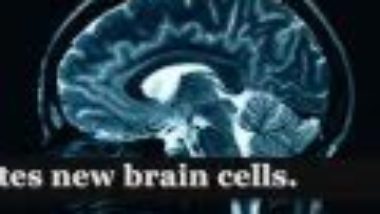