New UCLA research suggests that the more muscle mass older Americans have, the less likely they are to die prematurely. The findings add to the growing evidence that overall body composition — and not the widely used body mass index, or BMI — is a better predictor of all-cause mortality.

The study, published in the American Journal of Medicine, is the culmination of previous UCLA research led by Dr. Preethi Srikanthan, an assistant clinical professor in the endocrinology division at the David Geffen School of Medicine at UCLA, that found that building muscle mass is important in decreasing metabolic risk.

“As there is no gold-standard measure of body composition, several studies have addressed this question using different measurement techniques and have obtained different results,” Srikanthan said. “So many studies on the mortality impact of obesity focus on BMI. Our study indicates that clinicians need to be focusing on ways to improve body composition, rather than on BMI alone, when counseling older adults on preventative health behaviors.”

The researchers analyzed data collected by the National Health and Nutrition Examination Survey (NHANES) III, conducted between 1988 and 1994. They focused on a group of 3,659 individuals that included men who were 55 or older and women who were 65 or older at the time of the survey. The authors then determined how many of those individuals had died from natural causes based on a follow-up survey done in 2004.

The body composition of the study subjects was measured using bioelectrical impedance, which involves running an electrical current through the body. Muscle allows the current to pass more easily than fat does, due to muscle’s water content. In this way, the researchers could determine a muscle mass index — the amount of muscle relative to height — similar to a body mass index. They looked at how this muscle mass index was related to the risk of death. They found that all-cause mortality was significantly lower in the fourth quartile of muscle mass index compared with the first quartile.

“In other words, the greater your muscle mass, the lower your risk of death,” said Dr. Arun Karlamangla, an associate professor in the geriatrics division at the Geffen School and the study’s co-author. “Thus, rather than worrying about weight or body mass index, we should be trying to maximize and maintain muscle mass.”

This study does have some limitations. For instance, one cannot definitively establish a cause-and-effect relationship between muscle mass and survival using a cohort study such as NHANES III. “But we can say that muscle mass seems to be an important predictor of risk of death,” Srikanthan said. In addition, bioelectrical impedance is not the most advanced measurement technique, though the NHANES III measurements were conducted in a very rigorous fashion “and practically, this is the best situation possible in a study of this size,” she noted.

“Despite these limitations, this study establishes the independent survival

Speed training is becoming more and more common in all sports. Whether you play Football, Baseball, Basketball, Soccer, Lacrosse, etc… In this specific vid… 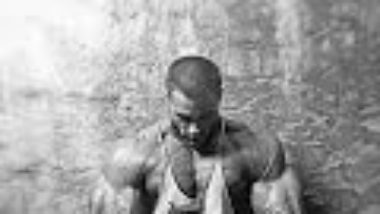