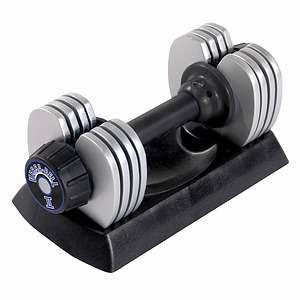 Building on their discovery of a gene linked to eating disorders in humans, a team of researchers at the University of Iowa has now shown that loss of the gene in mice leads to several behavioral abnormalities that resemble behaviors seen in people with anorexia nervosa.

The team, led by Michael Lutter, MD, PhD, assistant professor of psychiatry in the UI Carver College of Medicine, found that mice that lack the estrogen-related receptor alpha (ESRRA) gene are less motivated to seek out high-fat food when they are hungry and have abnormal social interactions. The effect was stronger in female mice, which also showed increased obsessive-compulsive-like behaviors.

The study also shows that ESRRA levels are controlled by energy status in the mice. Restricting calorie intake to 60 percent of normal over several days significantly increased levels of ESRRA in the brains of normal mice.

Anorexia nervosa and bulimia nervosa are common and severe mental illnesses. Lutter notes that although 50 to 70 percent of the risk of getting an eating disorder is inherited, identifying the genes that mediate this risk has proven difficult.

ESRRA is a transcription factor — a gene that turns on other genes. Lutter and his colleagues previously found that a mutation that reduces ESRRA activity is associated with an increased risk for eating disorders in human patients. Although ESRRA is expressed in many brain regions that are disrupted in anorexia, almost nothing was known about its function in the brain. In the new study, published online April 9 in the journal Cell Reports, Lutter’s team manipulated ESRRA in mice to investigate the gene’s role in behavior.

“This work identifies estrogen-related receptor alpha as one of the genes that is likely to contribute to the risk of getting anorexia nervosa or bulimia nervosa,” Lutter says. “Clearly social factors, particularly the western ideal of thinness, contribute the remaining ‘non-genetic’ risk, and the increasing rate of eating disorders over the past several decades is likely due to social factors, not genetics,” he adds.

Through a series of experiments with genetically engineered mice, Lutter and his team showed that mice without the ESRRA gene have behavioral abnormalities related to eating and social behavior. In particular, mice without ESRRA show reduced effort to work for high-fat food when they are hungry. The mice also exhibited impaired social interaction and female mice without the gene show increased compulsive grooming, which may mimic obsessive-compulsive-type behavior in humans.

In order to refine their understanding of the effects of ESRRA in the brain, the researchers selectively removed the gene from particular brain regions that have been associated with eating disorders. They found that removing the gene from the orbitofrontal cortex was associated with increased obsessive-compulsive-type behaviors in female mice,

Meep Meep Open Me♥ I usually have a yoga mat, but I left it at home. Not even gonna lie, the floor hurt T^T If you like Oolong Tea then I think this would perfect for you since it has…
Video Rating: 4 / 5 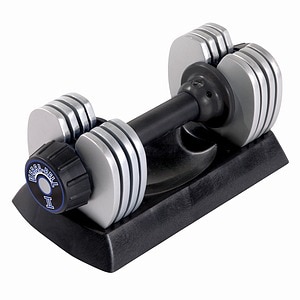 PLEASE NOTE: drugstore.com does not currently ship this product to Missouri residents. Orders for this product with a ship-to address located in Missouri will not be processed and customers will be contacted by drugstore.com Customer Care regarding cancellation. The Stamina Versa-Bell II 50 lb. dumbbell in a pair is nine dumbbells in one. This innovative 10 to 50 pound adjustable dumbbell replaces nine individual dumbbells, but is the size of one so you save space and money without sacrificing quality. It s the perfect way to add dumbbells to your home workout area. Just set the dial to your weight of choice. The dial mechanism makes changing weight fast and easy for uninterrupted workouts. As you dial, the weight minder shows the weight you ve chosen.

Walk your way to fitness with the Empower Soft Walking Weights. Walking is the #1 activity for women in the U.S. due to its many resulting health benefits. Walking with weights will improve the effectiveness of your workout by increasing calorie burn and toning your upper body.Burn more calories while toning and tightening your upper bodyComfort-fit strap holds weight in place while walking without needing a tight gripDurable, hand washable, neoprene fabric is soft and comfortable on the skinIncludes 4lb combined weight per pairPerfect for multiple activities: walking, light strength training and rehabilitation exercise
List Price: $ 15.80
Price: $ 15.80
[wpramazon asin=”B00BIBCDVE”]