Whining Your Way To Health, Happiness & Prosperity With Eft It’s such a struggle having to be positive all the time.

Having a good attitude. Seeing the bright side to everything. Life’s hard enough as it is and when that becomes apparent, sometimes it really *is* right and proper to really express yourself.

You know, emotions build up. Or should I say, energies build up. And up. It is just like a pressure beginning to rise – hardly noticeable at first, then more and more. The pressure grows, the energy gets denser and tighter. And then there comes the point where the energy body needs to have this pressure removed or else it seriously starts to hurt, seriously starts to unbalance body and mind – and that’s why and when people blow their tops, start shouting or the tears begin to flow.

Of course, the reason for this is a blockage in the energy system, a stopper in the flow that causes the normal energy flow to back up and creates this pressure scenario. When you take out the blockages, the energy rushes through and out and phew – what a relief! That’s when people say, “Oh that’s so strange, that feeling isn’t there anymore – I feel fine now!”

The classical EFT effect, if you will.

But here’s our special application – whining.

Whining is an activity to *express* backed up emotions just as much as a panic attack or a temper tantrum – just at a lower end of the scale.

Here, we are talking about blockages not in the “life-and-death” systems of the energy body but more like a nagging pain or a thorn in the foot.

Even so, when the pressure gets too bad something has to be done and then we whine – about the government, about our spouses, our children, our finances, the weather, anything really to release the pressure for a while.

Interestingly, if people were allowed to whine more frequently to their partners, their co-workers and strangers in the street, they might be more healthy in the long run. But our 21st century First World civilisation frowns upon those who whine, accusing them of having a bad attitude, shunning them at parties and overlooking them for promotions.

We soon learn that whining is NOT how to make friends and influence people (other than to walk away swiftly with a sense of disgust!) and guess what?

What happens to the

unexpressed pressure build up which could have been released with a jolly good, “Oh I’m so fed up! It’s so unfair! Whaaa …”?

Well of course, it will have to be *expressed* *somehow* – in other and possibly more damaging ways. In addictions and overeating, in repetitive behaviours, exercise, compulsive cleaning or working, and of course, there are many substances that can come to our aid, producing a state shift and making us move somewhere else for a time where we are unaware of that pressure down there …

So I have decided that whining is indeed, healthy and should be seriously tackled on a regular basis as a prophylactic mental and physical health measure.

Hopefully, we can use EFT as we whine to actually target and unblock the energy flow which *causes* the whining in the first place and thereby not only drain the metaphorical/energetic puss out of the boil but actually heal what caused the boil in the first place – so more whining will lead to less, and less, and eventually we will actually be *really* able to display that “good attitude” of fortitude, pro-activity, strength and courage we have *pretended* to have had for oh so long.

So, and without any further ado, here is:

1. When the time is right, with or without another, sit down with an EFT protocol to hand.

2. Think about something that really annoys you about your life.

Please note we are not talking about major past issues of trauma and abuse in this case, but something you could really whine on about in no uncertain terms for ages. Pick your topic, take a deep breath and start whining.

Example. “Ok, about my wife. She *really* gets on my nerves. Always wanting to watch TV, can’t get her off the couch with a forklift truck! And that’s the least of it. The other day, she actually (insert next item) …”

3. As you whine, you tap. You may tap randomly or intuitively, or simply just tap the whole round, round and round, all through the whine. When you get to the Karate Chop point, you start again with the top of the eyebrow.

Please note: The tapping tends to get faster as you get into the whine. That’s alright and a natural response!

A) run out of things to tap on; B) feel lots better; C) start laughing; D) have somehow forgotten what you were tapping on.

Whining is a natural human activity that denotes the need for an energy release. In and of itself it is very healthy and prevents the need for escalation into cocain abuse, panic attacks, road rage and psychosomatic illness.

However, when the activity of whining is paired with the release and un-blocking effects of Emotional Freedom Techniques (EFT), mind-body health is served in a profound way.

The EFT Whining Protocol is thereby fully recommended as a prophylactic measure and method for all.

Anxiety “What’s your biggest weakness?”
That is a question that most people struggle to answer in an interview. Once upon a time, when I was a student organization president, I interviewed many people for executive board positions and not one person gave me an appropriate answer to that question. Their answers always …

10 Bullsh*t Excuse Emails Everyone Sends The Week Before Finals 1. The broken file
2. The unspecified extenuating circumstances
3. The subtle “so what’s my grade and exactly how much can I coast on this final?
4. The unexplained power outage
5. The TMI ‘food poisoning’
6. The ‘throw ’em under the bus’ like it’s nothing
7. The new religion
8. The petty crime that left you …

Harry Styles Comforts Hysterical Fan, Sounds Like Something Out Of A Love Story A Harry Styles fan had a panic attack the day before meeting her idol, and she recorded the whole thing on Vine.
When the big day came, she couldn’t hold it together either. When he saw her, he came over and consoled her.
She put all of it in a series of … 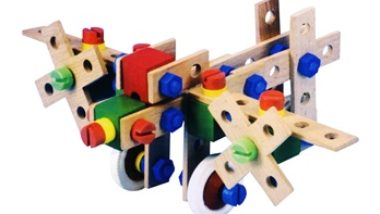