Bruce Lee did more than blaze the movie screens with powerful, lightning quick punches and kicks. He launched a martial arts revolution and encouraged martial artists to break the ties that bound them as practitioners. Lee freed himself and other martial artists from the ties that limited the skills traditional fighters. He envisioned unity among the divided disciplines of martial arts. After years of research and development, Lee managed to fuse every helpful martial arts components into one system. He incorporated western boxing, the Chinese style of Kung Fu called Wing Chun, and Western fencing and added bits of Karate, Judo, Aikido, Muay Thai, and J

iu Jitsu. The result was a concept that served as a forerunner for Mixed Martial Arts (MMA), called Jeet Kune Do (Way of the Intercepting Fist).

Jeet Kune Do, according to Lee, is not another martial arts style or method. It is a concept where different combat arts and techniques are used. Whether it is from Japan, China, India, or the Philippines, combat artists are encouraged to explore various fighting system and absorb its essence. Lee wanted to create a martial art that was unbound and free, where movements are simple, direct, and non-classical. He later expanded the notion that the art should be used for personal development and become a better fighter. The final stage of training designed for practitioners of Jeet Kune Do was the “no limitation” stage where advanced students were free to change and explore their personal styles of fighting.

Bruce Lee was able to accomplish this feat because of superb physical and mental training. He freed himself of the stress and anxiety that distracted his training. He developed his abdominal muscles because these muscles play a key role in the movement of martial artists. In addition, these muscles protects the ribs and other vital organs. Lee constantly trained and attempted to achieve maximum efficiency, according him martial artists of his time lacked necessary physical fitness to back up their skill. There were times when Lee would ride a stationary bike for 45 minutes to increase his muscle definition and reduce body fat. He combined weight training with his regular workout to improve his performance and physique. His workout was designed to avoid bulky muscles to avoid hefty muscles that might interfere his martial arts movement. In addition, Bruce Lee trained properly to avoid muscle spasms and lower back pain. Injuries may hamper his training and affect his performance. He also took nutrition seriously and was strict on his diet. He drank his concentration of vegetables, apples, celery, carrots, and prepared it using an electric blender. Lee consumed high-protein drinks which included powdered milk, eggs, bananas, and peanut floor.

Bruce Lee is one of the most recognized names in the world and accomplished so much despite living a very short life. His goal of breaking the bounds that acted has limiting factors succeeded and started the genesis of many hybrid martial arts. Lee did not become a seasoned martial artist overnight, his accomplishments are products of intense and vigorous training coupled with proper nutrition.

Hong Kong celebrates Bruce Lee’s life and legacy Bruce Lee family approves biopics
The world knows him as Bruce Lee, the cool and cocksure Chinese-American martial artist who unexpectedly burst into global cinematic consciousness in the early 1970s.
He starred in only five feature films as an adult, and only three of them were released before his early death in Hong Kong at the age of 32.

As An Asian-American, Here’s Why Bruce Lee Still Matters By Guest Contributor Kevin Wong, cross-posted from Complex
This week Bruce Lee made his HD debut on EA Sports UFC as a pre-order bonus – or, if you beat the game on Professional Difficulty, as an unlockable. The results, thankfully, are impressive. The developers have Bruce’s face and body structure down, but more importantly, they’ve captured…

Bruce Lee quotes…. I am the way…. i use what is useful for me http://www.brucelee.com/ http://en.wikipedia.org/wiki/Bruce_Lee
“The “moment” has no yesterday or tomorrow. It is not the result of thought and therefore has no time.”
“Knowing is not enough; we must apply. Willing is not enough: we must do.”
“Learning is never cumulative, it is a movement of knowing which has no beginning and no…

Image credits:
A picture of the execution of a pain compiance hold technique. The technique is generic; meaning that it can be found in most fighting styles (or martial arts). The picture was based on an image in the book “Pencak Silat” by Joep Caverl  © and Frans Van Heel (Photo credit: Wikipedia)
Cedric Marks knocks out Josh “Bring the Pain” Haynes at the XFC Battlegrounds in San Antonio. (Photo credit: Wikipedia) 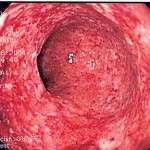 By John Cleary Abdominal contraptions seem to be the biggest seller of all the machines. You’ve seen them; space-age-looking springs that you push with your gut, or a rolling device that is supposed to help make your sits easier. These machines are really not needed. The only thing that is going to reduce your waistline […] 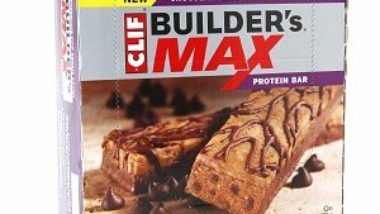 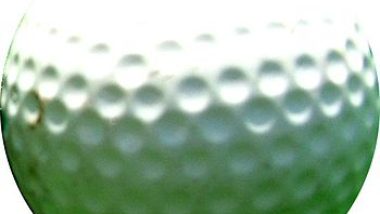