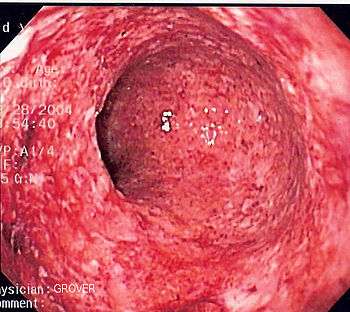 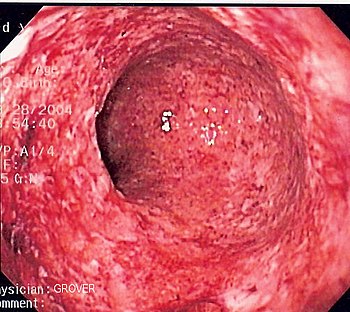 What takes place with IBD, Crohn’s, and ulcerative colitis is the body’s immune system has an exaggerated response to an unknown ba 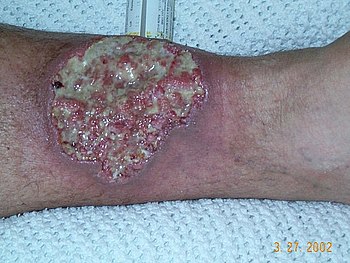 cteria or condition of the bowel system, releases a large number of white blood cells to the affected area, and as a result, the area becomes drastically inflamed. This swelling causes ulcerations and injury to the bowel, as well as various other negative side effects.

Although extensive research has been done, it is unclear what causes the excessive immune response in IBD. Some believe it is the body’s mistaken identification of good bacteria in the bowel as being dangerous, while others believe it is a foreign agent that triggers the immune system, which in turn, does not shut down properly. Whatever the reason, this is a chronic condition which will continue to be a problem for sufferers for an extended period of time.

The primary difference between Crohn’s Disease and ulcerative colitis is the location of the affected area. Crohn’s Disease may affect any portion of the digestive system and may occur in patches, with unaffected areas in between. However, Crohn’s Disease primarily affects the end of the small intestine and the beginning of the large intestine. On the other hand, ulcerative colitis only affects the colon. Often, it is very difficult to determine which form of IBD a patient is suffering from and misdiagnosis is common.

Symptoms common of Irritable Bowel Disorder are diarrhea, abdominal pain, rectal bleeding, and occasionally weight loss. These signs are often present with Crohn’s Disease, as well as uncreative colitis. As a result of blood loss, many sufferers also become anemic. This can be especially devastating to pre-existing conditions. Likewise, complications can arise from blockages that occur due to excessive bowel swelling and the presence of scar tissue. For this reason, surgery is sometimes necessary to remove damaged areas of the digestive system to avoid obstructions. There are also side effects experienced in other areas of the body in addition to the digestive system.

For the most part, IBD and Crohn’s Disease are often used interchangeably. However, it should be understood that Irritable Bowel Disorder does not necessarily translate to Crohn’s Disease. There are other forms of IBD that may affect sufferers in much the same way.

World IBD Day: It’s Not All Sunshine and Flowers May 19 was World Inflammatory Bowel Disease (IBD) Day and yet I am not feeling optimistic or positive like I would normally. Instead I am feeling defeated – defeated by the lack of progress made over the past 365 days toward ascertaining a public understanding of these digestive diseases. I feel defeated by the lives lost over the past year to…

New fatigue scale aims to help people with Crohn’s and Colitis Email
Jon Murray was diagnosed with Ulcerative Colitis in September 2012
A new fatigue scale is an important step in raising awareness of inflammatory bowel diseases’ (IBD) ‘invisible symptom’, says a Reading colitis sufferer.
Crohn’s and Colitis UK has launched the IBD Fatigue Scale which allows people with IBDs to measure the severity and impact…

Best drugs to treat inflammatory bowel disease Inflammatory bowel disease is a chronic condition that can cause diarrhea, pain, bleeding, anemia, intestinal blockage, and other serious problems. The two most common types of IBD are Crohn’s disease and ulcerative colitis, and may be treated with steroids and other medications. But if those don’t work or the side effects prove too bothersome,…

Not Just a Pooping Disease By: Rebecca Kaplan
Co-author: Stephanie Hughes
Dec. 1 marked the start of Crohn’s and Colitis Awareness Week , a week dedicated to educating the public about Crohn’s disease, ulcerative colitis and indeterminate colitis and how these diseases affect patients and the loved ones that support them.
Approximately 1.

IBD: Learning to live with Crohn’s, colitis – Loss of normal menstrual cycle
Source: Crohn’s and Colitis Foundation of America
By Ina Paiva Cordle
Monica Weeks was 19 and a freshman in college when her first symptoms appeared.
And it took several visits to different doctors before she was finally diagnosed with Crohn’s disease.
More than five years later, she has a seemingly encyclopedic…

Image credits:
Endoscopic image of severe Crohn’s colitis showing diffuse loss of mucosal architecture, friability of mucosa in sigmoid colon and exudate on wall. Photo released into public domain on permission of patient. — Samir   ¤   ¤ °      ¤ 07:37, 2 June 2006 (UTC) Category:Endoscopic images (Photo credit: Wikipedia)
Pyoderma gangrenosum, A medical condition which the body attacks itself in painful ulcers seen in Crohn’s patients. This is a picture of the lower half of the left leg. (Photo credit: Wikipedia) 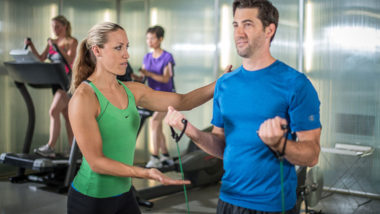 Four Signs You’re Meant to Be a Personal Trainer 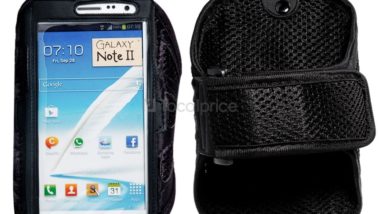