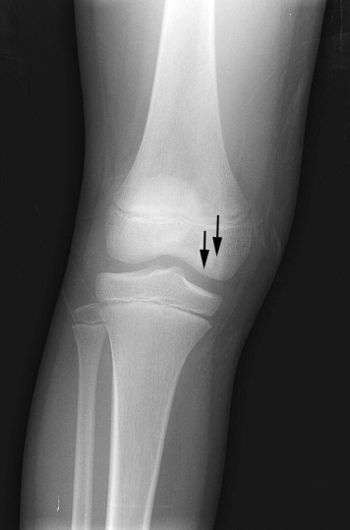 What Is Osgood Schlatters Disease?

olving jumping and running, which is why a lot of girls and boys who dance or do athletics get issue with their knees. This happens especially around periods of growth when the growth plates are more active.

If you have pain below the knee cap, and you think it may be the growth plates, it may be a syndrome called Osgood Schlatters Disease. This is not really a ‘disease’ but is just named after the guy who discovered it.

The tendon that attaches the patella (knee cap) to the tibia (shin bone) is called the patella tendon. The tendon attaches to your tibia right on the growth plate. The muscles of the front of the thigh (quadriceps) attach into the top of the patella which acts as a pulley to allow you to straighten your leg without the muscle rubbing over the edges of the bone. If you bend and straighten the knee many times, the constant pulling on the growth plate can aggravate it and you can get quite a bit of pain.

If you are having more random pains, more at night, and the pain is above the knee joint, it may be purely action at the growth plate of your femur (long thigh bone). Make sure that when it has been a little sore you do not do too much jumping or strong stretching. Keep the muscles around the area relaxed with gentle stretching, and heat may help relieve the pain by bringing more blood to the area. Use Rest, Ice, Compression, and Elevation to settle any sudden increases in pain.

What’s Osgood Schlatters Disease? Just how some muscles connects into the growth plates of one’s bones may cause problems if you’re carrying out a lot of game involving jumping and running, which is why a of women and boys who dance or do athletics get trouble with their knees. This occurs especially around periods of growth once the growth plates are more active.

Are you affected by patellar tendinitis Patellar Tendinitis is also known as jumper’s knee. It is an inflammation in the patellar tendon, the band of tissue that connects the kneecap (patella) to the shinbone (tibia). It is usually an overuse injury caused by repetitive strain.
Patellar tendinitis can be a tricky condition to treat, and requires a substantial period of rest, along with… 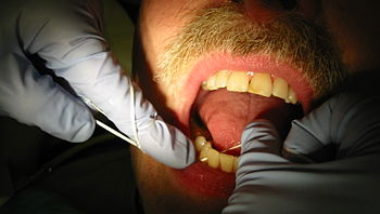