Mount Sinai Heart at Icahn School of Medicine at Mount Sinai has been awarded a $ 3.8 million grant by the American Heart Association (AHA) to promote cardiovascular health among high-risk New York City children, and their parents, living in Harlem and the Bronx. With assistance from the NYC Administration for Children’s Services (ACS), the research team’s mission is to reduce each child’s future risk of obesity, heart attack, stroke, and type 2 diabetes.

Mount Sinai, with Valentin Fuster, MD, PhD as its principal investigator, is one of four institutions named as an AHA Strategically Focused Prevention Research Network Center and awarded part of the largest AHA grant ever, $ 15 million. The basic, clinical, and population research work of the four Centers — Mount Sinai, Northwestern University, Vanderbilt University, and University of Texas-Southwestern Medical Center — will support the AHA’s goal to improve the cardiovascular health of all Americans by 20 percent. The organization also seeks to reduce deaths from cardiovascular diseases and stroke by 20 percent by 2020.

“Mount Sinai Heart’s multidisciplinary research team is thrilled to be awarded this critical $ 4 million grant by the AHA to pursue our pioneering family-centric approach to the prevention of heart disease in New York City’s highest-risk communities,” says Dr. Fuster, Director of Mount Sinai Heart, Physician-in-Chief of The Mount Sinai Hospital, and Chief of the Division of Cardiology at Icahn School of Medicine at Mount Sinai. “We hope to better understand how the intersection of a child’s behavior, environment, and genetics lead to heart disease, which will refine our future prevention techniques.”

Almost one-third of adults and children in the United States are obese, with the highest rates affecting the Hispanic and African-American communities in New York City and elsewhere. Obesity is a major cause of heart disease, stroke, type 2 diabetes, and other preventable diseases. This is why Mount Sinai Heart’s three, AHA-funded research initiatives will focus on building a culture of health in New York City’s high-risk communities by reaching out to children ages 3-5 and their caregivers. The programs take a family-centric approach to reduce obesity and prevent heart disease by concentrating on behavior, environment, and genetics.

The projects are designed to enroll about 600 children in participating New York City pre-schools and Head Start programs within Harlem and the Bronx, along with 1,000 of their parents or caregivers. Study activities will range from health education and health assessment surveys to lifestyle interventions to improve cardiovascular health. In addition, DNA samples obtained from the children’s saliva and blood samples from their adult caregivers will be collected for genetic and inflammation analysis.

Subscribe and follow my continuous journey – My blog : http://epicaesthetics.com My journey from rock bottom in August 2009 to April 2012 where I competed at…
Video Rating: 4 / 5 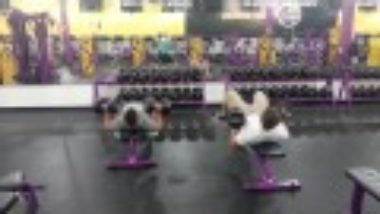 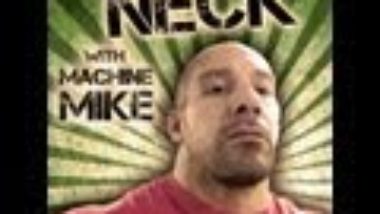