Perceived age and weight discrimination, more than perceived race and sex discrimination, are linked to worse health in older adults, according to new research from the Florida State University College of Medicine.

The findings are part of a study measuring changes in health over a four-year period and published in the American Journal of Geriatric Psychiatry.

“Our previous research showed that perceived discrimination based on body weight was associated with risk of obesity. We wanted to see whether this association extended to other health indicators and types of discrimination,” said lead author Angelina Sutin, assistant professor of behavioral sciences and social medicine.

“What we found was unexpected and striking.”

In contrast, perceived discrimination based on relatively fixed characteristics — race, sex, ancestry and sexual orientation — were largely unrelated to declines in physical and emotional health for the older adults.

The findings are based on a sample of more than 6,000 adults who participated in the Health and Retirement Study, a study of Americans ages 50 and older and their spouses. Participants reported on their physical, emotional and cognitive health in 2006 and 2010 and also reported on their perceived experiences with discrimination.

The one exception was loneliness.

Loneliness was the most widespread health consequence of discrimination among older adults. Discrimination based on every characteristic assessed in Sutin’s study was associated with greater feelings of loneliness. According to previous studies, the effects of chronic loneliness are severe: increased risk for unhealthy behaviors, sleep disturbances, cardiovascular risk factors and suicide.

“Humans have a strong need to belong, and people often feel distressed when they do not have their desired social relationships,” Sutin said. “Our research suggests that perceiving a hostile society is associated with pervasive feelings of loneliness. An individual may interpret discrimination as an indication that they do not fit in the society in which they live.”

The above story is based on materials provided by Florida State University. Note: Materials may be edited for content and length.

Fitness model motivation video, learn how these fitness models get shredded for photo shoots. Need some extra inspiration and motivation for fitness? Get mot…
Video Rating: 4 / 5 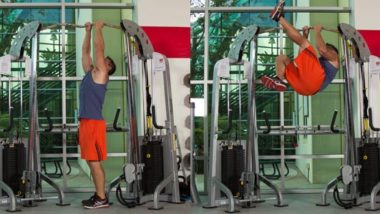 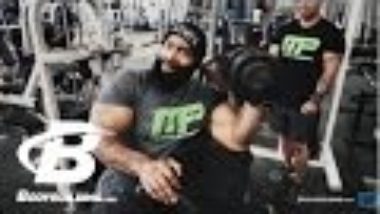