A new Northwestern Medicine® study reports the timing, intensity and duration of your light exposure during the day is linked to your weight — the first time this has been shown.

The influence of morning light exposure on body weight was independent of an individual’s physical activity level, caloric intake, sleep timing, age or season. It accounted for about 20 percent of a person’s BMI.

“Light is the most potent agent to synchronize your internal body clock that regulates circadian rhythms, which in turn also regulate energy balance,” said study senior author Phyllis C. Zee, M.D. “The message is that you should get more bright light between 8 a.m. and noon.” About 20 to 30 minutes of morning light is enough to affect BMI.

Zee is the Benjamin and Virginia T. Boshes Professor of Neurology and director of the Northwestern Medicine Sleep and Circadian Rhythms Research Program at Northwestern University Feinberg School of Medicine. She also is a neurologist at Northwestern Memorial Hospital.

“If a person doesn’t get sufficient light at the appropriate time of day, it could de-synchronize your internal body clock, which is known to alter metabolism and can lead to weight gain,” Zee said. The exact mechanism of how light affects body fat requires further research, she noted.

The study will be published April 2 in the journal PLOS ONE. Giovanni Santostasi, a research fellow in neurology at Feinberg, also is a co-lead author.

Many people do not get enough natural light in the morning, Zee said, because the American lifestyle is predominantly indoors. We also work in poorly lit environments, usually about 200 to 300 lux. In the study, 500 lux was “the magic number” or minimum threshold for having a lower BMI. Even on a cloudy day, outdoor light is more than 1,000 lux of brightness. It is difficult to achieve this light level with usual indoor lighting, the scientists noted.

Light May Be Next Frontier for Weight Loss

“Light is a modifiable factor with the potential to be used in weight management programs,” Reid said. “Just like people are trying to get more sleep to help them lose weight, perhaps 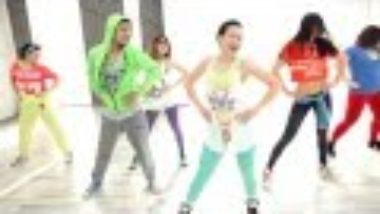 Common Health Tips That Are Not Necessarily True