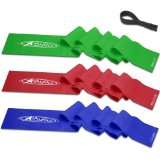 We all know the type: The friend or colleague who stays slim and trim without much effort and despite eating the same high-calorie fare that causes everyone else to gain weight. As it turns out, the way the muscles of the inherently thin work may give them the edge.

Though the rats in each group were similar in weight and lean body mass, the rats with a high aerobic capacity were consistently more active than the low capacity rats. While all the rats had similar energy expenditures when at rest, big differences in energy expenditure (calorie burn) occurred during mild exercise. The researchers found the muscles of rats with lean genes demonstrated “poor fuel economy,” meaning that they burned more calories when performing the same exercise as those with fat genes. This may be due to more lean rats having higher levels of proteins that support energy expenditure and lower levels of proteins that encourage energy conservation and/or an increased sympathetic nervous system role in powering the muscles of lean rats.

According to the researchers: “This has implications for how we consider metabolism when attempting to prevent or treat obesity. Targeting of pathways maximizing skeletal muscle energy use during physical activity may take advantage of already existing mechanisms that are endogenously employed to a greater extent in naturally lean people.”

The article “Leanness and heightened nonresting energy expenditure: role of skeletal muscle activity thermogenesis” is published in the March 2014 issue of the American Journal of Physiology — Endocrinology and Metabolism.

The above story is based on materials provided by American Physiological Society. Note: Materials may be edited for content and length. 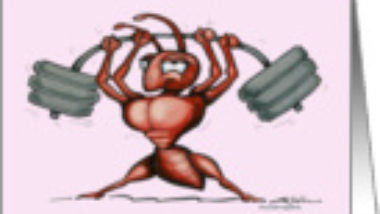