Researchers have found further troubling evidence that cognitive damage from white matter disease is more widespread than first thought. A comprehensive meta-analysis of twenty seven published studies comparing healthy older adults to those who have cognitive impairment due to white matter disease has revealed that the disease can sabotage several cognitive areas.

Led by the Rotman Research Institute at Baycrest Health Sciences in Toronto, in collaboration with the University of Toronto Scarborough, the findings are published online today in the British Journal of Neuropsychology, ahead of print publication.

“A central characteristic of white matter disease is impairment of executive functions and speed of thinking, but there’s long been suspicion in the scientific and clinical communities that the disease impairs a broader range of cognitive areas,” said the study’s lead author, Brandon P. Vasquez, a PhD candidate with Baycrest’s Rotman Research Institute and the Department of Psychology at the University of Toronto.

“Our findings add to a growing body of evidence that white matter disease is a discreet saboteur in the brain, impacting a large number of cognitive functions.”

Unlike Alzheimer’s disease which shrinks the hippocampus causing progressive memory loss, white matter disease is a more diffuse mind-robbing condition that targets small blood vessels deep within the brain’s white matter. The disease hardens the tiny arteries, gradually restricting nutrients to white matter — the connections between brain regions involved in executive abilities such as planning, organizing, problem-solving, and attention. The disease increases a person’s risk of having a stroke, or even developing a full-blown dementia such as vascular dementia or Alzheimer’s disease.

Vasquez and University of Toronto Scarborough research colleague, Dr. Konstantine Zakzanis, reviewed the cognitive performance scores of 2,544 individuals across twenty seven published studies. Of this total group of adults, 794 had a clinical diagnosis of cognitive impairment due to a vascular cause (white matter disease) but not serious enough to compromise their ability to function in their daily lives (no dementia). The other 1,750 were healthy controls.

It is estimated that 5 per cent of Canadian adults aged 65-and-older have vascular cognitive impairment (Rockwood et al. 2000), with white matter disease likely contributing in the majority of cases. The disease is thought to be linked to hypertension, high cholesterol, poorly-managed diabetes, an unhealthy diet, lack of exercise, and smoking.

“White matter disease is a covert operator. It can slowly strangle the brain’s connecting pathways over time,” said Vasquez. “Many people may have white matter lesions and not even know that they do or that they should seek clinical testing

Check out the full plan here: http://bbcom.me/1e3Yuql The body is a work of art. It’s yours to create. Built by Science will teach you anatomy, biomechanics,…

<p>Question by Bob Sponge: Why do people do bodybuilding?
I dont c da point too look good? or to feel strong/confident? Id rather be a trained fighter then being a bodybuilder coz at least your hard work is worth it and you can handle yourself in any situation

Answer by Gabriel
It’s no weirder really than wanting to be the fastest runner, the furthest jumper etc. Having surpassed our need to combat nature for survival, we are left in a very unnatural situation where we are free to play around with the way our bodies work (not to mention science in general). People will always want to push the boundaries in every single way, whether it’s running fast, building muscle, or flipping pancakes in an allotted time. 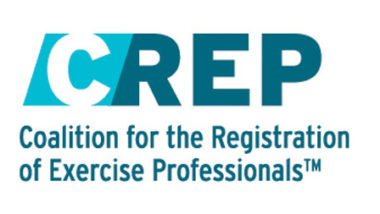 What Is CREP and How Will It Affect You? 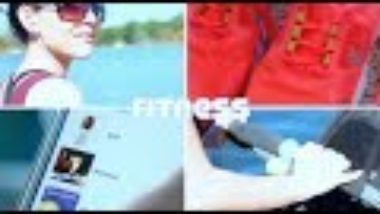