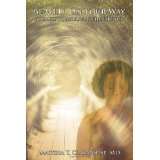 Comments by Parti Qubcois Leader Pauline Marois about how cabinet ministers should set good examples for the populace have irked the Coalition Avenir Qubec’s aspirant to the health ministry and touched off a cascade of comments on Twitter.

Asked Saturday whether a health minister should exemplify a healthy lifestyle, including a healthy body weight, Marois who had just made a campaign announcement about a tax credit to encourage kids to take up sports replied in the affirmative.

That enraged CAQ candidate Gatan Barrette, a physician and the party’s presumed nominee for the health ministry, should it win next month’s election. The heavy-set Barrette has admitted to having tried, but failed, to lose weight.

“Pauline Marois thinks appearances are more important than competency! Ouch! We ought to question the PQ’s values,” Barrette wrote on his Twitter feed.

“Marois has just insulted half the population of Quebec! Bravo!”

Marois clarified on Sunday that her comments weren’t directed at Barrette. “What I said was that everyone should have healthy lifestyle. Am I going to respond that, as head of the government, I would think lifestyle isn’t important? I used to smoke a long time ago. It’s not easy to have a healthy lifestyle, but it’s normal to hope that everyone would have one.”

But Barrette isn’t buying it. “Ms. Marois made those comments while accompanied by her health critic in my riding. I think Quebecers can understand what’s being implied.”

Adding fuel to the fire is that Marois made her comments at a campaign stop in the Montreal-area riding of Terrebonne, where Barrette is running.

On Twitter, people lined up on both sides, some calling Marois’s comments despicable, others saying she was being misconstrued.

“Ms. Marois’s comments on Dr. Barrette are shameful. She’s not particularly thin herself,” one person posted. “A weigh-in for candidates, maybe?”

Another tweeted that “the ridiculous media are trying to pump up the Barrette non-controversy.”

A third commenter wrote, “People coming to Barrette’s defence who have never themselves belittled Marois for her appearance are as rare as honest Liberal Party donors.”

The PQ’s tax-credit proposal would allow up to $500 in deductions for the cost of registering a child aged five to 16 for sports activities. Only families with a household income of less than $130,000 would be eligible for the measure, which the PQ estimates would cost the provincial treasury $25 million a year.

Marois continued on the theme of health on Sunday, elaborating on a series of reforms to primary care that she outlined the day before.

She pledged that a Parti Qubcois government would ensure everyone in Quebec has a family doctor a promise other parties have made as well. But she said the CAQ’s plan to secure a physician for everyone within one year is unrealistic.

Marois also said the PQ would push to have more general practitioners work in family-health teams alongside dietitians, nurse-practitioners, social workers and other health professionals. The idea, being implemented in several provinces, is that such teams can provide comprehensive care under one roof and spread the focus from treating illness to keeping people healthy and preventing disease.

“We’ll help them digitize their offices, and we’ll have them team up with specialists nutritionists, physiotherapists so that those people can take care of particular tasks while physicians can take care of patients’ medical care.”

Marois’s only major announcement Sunday was that a PQ government would overhaul Bill 101, Quebec’s French Language Charter. The measures making Bill 101 applicable to companies with as few as 11 employees, forcing non-anglophone students to go to CEGEP in French, and closing a legal loophole that allows students who attend private English-language schools to qualify to attend English public schools have all been announced previously in some form.

My Healthy Lifestyle Was Killing Me | Mark's Daily Apple

It's Friday, everyone! And that means another Primal Blueprint Real Life Story from a Mark's Daily Apple reader. If you have your own success story and. http://www.marksdailyapple.com/my-healthy-lifestyle-was-killing-me/

Cathe Friedrich – Can Leading a Healthy Lifestyle Change Your …

You probably already know that having certain genes puts you at greater risk for health problems, but you may have more control over your genetics tha. http://cathe.com/can-leading-a-healthy-lifestyle-change-your-genes 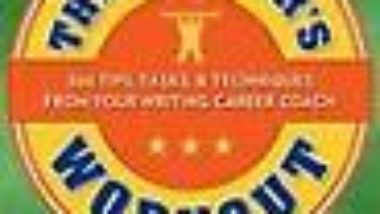 Tips To Improve Your Mpg's 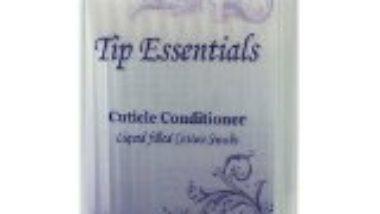 Health And Life Insurance Tips For The Sandwich Generation