Drug addiction is a disease. There’s no doubt about that. In fact experts say that drug addiction is more of a brain disease than anything else. Scientific advances have offered amazing insights into how the brain works and what drugs do to the way the brain functions. Luckily, however, this disease is treatable and curable.

Although drug use initially is voluntary once an addiction develops, that control is markedly changed. Imaging studies have shown specific abnormalities in the brains of some, but not all, addicted individuals. While scientific advancements in the understanding of addiction have occurred at unprecedented speed in recent years, unanswered questions remain that highlight the need for further research to better define the neurobiological processes involved in addiction. Recent studies have increased our knowledge of how drugs affect gene expression and brain circuitry, and how these factors affect human behavior. They have shed new light on t

he relationship between drug abuse and mental illness, and the roles played by heredity, age, and other factors in increased vulnerability to addiction. New knowledge from future research will guide new strategies and change the way clinicians approach the prevention and treatment of addiction. When we approach drug addiction as a disease instead of as a choice, the treatment options are greatly increased. We can research what areas of the brain are affected and find the best methods to address that affliction specifically. Doctors treat cancer, diabetes, and other disease like this, drug addiction should be no different.

Viewing drug addiction as a disease can also help researchers delve further into genetic propensity to drug use and addiction. That means we will know whether or not drug and alcohol use is linked to our family history and will be able to tackle the problem before it actually becomes a problem.

There are medications available to treat withdrawal symptoms when a person stops using drugs, but when drug addiction is researched as a disease, scientists will be able to come up with new medications that could actually prevent drug use from becoming an addiction. Similar to medications that make alcoholics sick when they drink.

There are all sorts of diseases in the world. There’s no doubt about it that drug addiction is one of them. We need to start looking at it in that way and then taking the appropriate steps to treat drug addiction just as we would another disease like cancer or Alzheimer’s.

Christie celebrates anniversary of task force fighting drug addiction Declaring nothing makes him prouder than his work battling drug addiction in the state, Gov. Chris Christie touted the success Tuesday of a task force he created a year ago to combat addiction and promised to do more in the future during the rest of his time as … 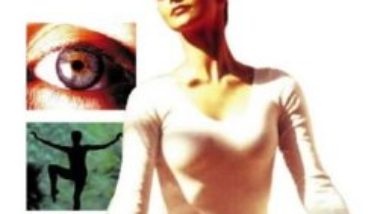