Less than a year ago, over 35,000 people flocked to the “Woodstock for Capitalists” just for a chance to sit in on a six-hour Q&A with the world’s greatest investor — Warren Buffett.

To give you an idea of what kind of spectacle this is, just look at sales for Berkshire-owned Nebraska Furniture Mart located in Omaha where the Berkshire Hathaway shareholder meeting takes place every year. In the week surrounding the prestigious shareholder meeting, Nebraska Furniture Mart did over $40 million in sales… which is typically what they do in one month .

The shareholder meeting is one of the greatest financial-education experiences in the world. Attendees get peppered with useful financial information about not only Berkshire, but investing and the economy as a whole.

Here are a few great tips that he shared at his recent shareholder meeting.

Using Insurance “Float” For Success “Our investment in the insurance companies reflects a first major step in our efforts to achieve a more diversified base of earning power.” — 1967 Annual Report

Insurance is Berkshire’s core operation and the engine that has consistently propelled their expansion since 1967.

Its first insurance endeavor began with the purchase of National Indemnity for $8.6 million in 1967. And ever since then, Buffett has made a habit out of acquiring all kinds of insurance operations, filled with smart, dedicated managers. Most notable among Berkshire’s insurance businesses is GEICO, which it acquired in full at yearend 1995.

Berkshire owns a handful of other insurance businesses outside of GEICO — Berkshire Hathaway Reinsurance Group and General Re — which write policies to insure risks that few other insurance outfits have the desire or the capital to take on.

Nobody understands the power of insurance better than Buffett. At the shareholder meeting he mentioned that Berkshire now has an astounding $77 billion of float. Float is the amount of insurance premiums the company collects that it may have to pay out as customers file insurance claims.

As Buffett and others have noted countless times before, Berkshire’s insurance float is essentially free money that Buffett and his managers can invest as they see fit and keep any interest, dividends and capital gains it makes from the float. It’s a wonderful deal for Berkshire, and it’s the fuel that has allowed Buffett to post such an impressive track record.

Berkshire’s premier financial strength and its preference for firms with wide moats form something unique in the insurance world. The combination is a huge asset for Berkshire shareholders that should only get more valuable with time.

Not everything works out as nicely as Berkshire’s insurance companies have.

Learning From Buffett’s Mistakes “Fortunately, my blunders usually involved relatively small acquisitions. Our large buys have generally worked out well and, in a few cases, more than well. I have not, however, made my last mistake in purchasing either businesses or stocks. Not everything works out as planned.” — 2013 Annual Report

To be able to achieve what Buffett has achieved — a 19.7% compounded annual gain as of the last fiscal year — it doesn’t come without a few hiccups. Most noticeably, his massive loss in major oil firm ConocoPhillips (NYSE: COP[1] ).

– Buffett started buying shares of ConocoPhillips in 2007. Remember… at that time oil prices[2] had soared to over $150 per barrel. He sunk $7 billion into COP, making it the single-largest investment Buffett ever made at the time. It represented almost 15% of Berkshire’s total portfolio value. Within 12 months, he would sell most of the stock at a huge loss, costing Berkshire several billion dollars. It was by far, the worst investment he has ever made.

– Another example is the Texas utility company that recently filed for bankruptcy, Energy Future Holdings. The company was formed in 2007 to buy out electric utility assets in Texas. Berkshire purchased $2 billion of its debt. In 2012, Berkshire sold its holdings for a measly $259 million while collecting $837 million in cash interest. Overall, Berkshire suffered a pre-tax loss of $873 million or 45% of its initial investment.

– Even the acquisition of Berkshire itself is an example of a mistake, which Buffett’s partner and co-Chairman, Charlie Munger, noted at the shareholder meeting. Berkshire Hathaway was originally in the textile business when Buffett began acquiring shares in the 1960s. Buffett began his career at Berkshire by trimming the fat, so to speak, by shuttering unprofitable factories and selling equipment, but it soon became apparent that low margins and foreign competition was an insurmountable obstacle for the plans Buffett had for the company.

Like I mentioned before, not everything goes as planned, but those that do and those that don’t both have valuable lessons for investors. In fact, one of the greatest lessons Buffett ever learned was from the acquisition of See’s Candy in 1972… the value of owning a great brand-name business.

The purchase of See’s Candy taught Buffett that nothing beats owning a great brand that customers love. And that lesson paved the way to his purchase of shares in Coca-Cola in 1988.

We’ve talked about Buffett’s stake in Coke many times before. (In fact, in this issue[3] of StreetAuthority Daily , we even told you about a little-known way Buffett made $7.5 million from Coke — without even having to buy a single share of stock.)

While it may not be the most exciting thing to talk about, this is a lesson worth repeating… buying shares in a great business at a reasonable price and holding for the long-term is one of the safest, easiest ways to make money in the stock market.

Case in point… as of December 31 of 2013, Buffett made roughly 13 times his original investment in Coke.

According to studies, the average holding period for individual investors is less than one year. To truly beat the crowd, you should do what Buffett does — only buy good companies at reasonable prices and hold for the long term.

Final Thoughts There’s a lot more we can say about Buffett and the things we can learn from him. In fact, there have been countless books and articles that attempt to do just that. But it would be a disservice if I didn’t mention one of the single best Buffett resources out there… Buffett’s annual letters to shareholders.

You can find the letters on Berkshire’s website[4] , or you can buy this handy e-book and read them all yourself on your Kindle or iPad. (At $2.99, this e-book[5] is probably one of the cheapest and best ways to attain a world-class knowledge of investing.)

But frankly, none of this will do you any good unless you act on it. That’s why, using Buffett’s long-term investing strategy as inspiration, my colleague Dave Forest and his research staff recently went looking for stocks that were solid enough to buy and hold “forever.”

What we found were 10 world-dominating companies[6] that pay investors fat dividends, dig a deep moat around their business to fend off competitors, and buy back massive amounts of stock.

We also found that several of these “Forever” stocks were owned by many of the world’s richest investors, politicians and businessmen — including Warren Buffett himself. They’ve been getting rich off these stocks for decades now.

Feel free to check out our presentation — ” The 10 Best Stocks To Hold Forever[8] ” — where you’ll learn which wealthy individuals own these stocks and even how to start a “Forever” portfolio of your own. [7][9]

How To Lose Weight Fast and Safely – WebMD – Exercise, Counting …

Fat-Burning Foods and Exercises to Lose the Extra Flab – WebMD

How to Burn Fat: Get Realistic. Get real tip No. 1: "You can't spot reduce," says Darlene Sedlock, PhD, an associate professor of kinesiology at Purdue University, West Lafayette, Ind. "Nobody wants to hear that." Translation: If … http://www.webmd.com/diet/5-fat-burning-strategies 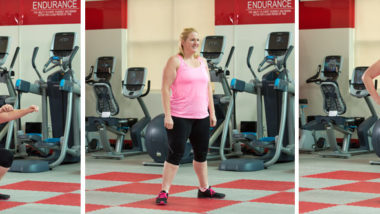