The Psychology Of Physical Fitness.

Physical fitness is one of the great essentials of match play. Keenness can only be acquired if the physical, mental, and nervous systems are in tune. Consistent and systematic training is essential to a tournament player.

Regular hours of sleep, and regular, hearty food at regular hours are necessary to keep the body at its highest efficiency. Food is particularly important. Eat well, but do not over-eat, particularly immediately before playing. I believe in a large hearty breakfast on the day of a big match. This should be taken by nine-thirty. A moderate lunch at about one o’clock if playing at three. Do not eat very rich food at luncheon as it tends to slow you up on the court. Do not run the risk of indigestion, which is the worst enemy to dear eyesight. Rich, heavy food immediately before retiring is bad, as it is apt to make you “loggy” on the court the next day.

It is certain injury to touch alcoholic drink in any form during tournament play. Alcohol is a poison that affects the eye, the mind, and the wind three essentials in tennis. Tobacco in moderation does little harm, although it, too, hits eye and wind. A man who is facing a long season of tournament play should refrain from either alcohol or tobacco in any form. Excesses of any kind are bad for physical condition, and should not be chanced.

“Staleness” is the great enemy of players who play long seasons. It is a case of too much tennis. Staleness is seldom physical weariness. A player can always recover his strength by rest. Staleness is a mental fatigue due often to worry or too close attention to tennis, and not enough variety of thought. Its symptoms are a dislike for the tennis game and its surroundings, and a lack of interest in the match when you are on the court. I advocate a break in training at such a time. Go to the theatre or a concert, and get your mind completely off tennis. Do your worrying about tennis while you are playing it, and forget the unpleasantness of bad play once you are off the court. Always have some outside interest you can turn to for relaxation during a tournament; but never allow it to interfere with your tennis when you should be intent on your game. A nice balance is hard to achieve, but, o nce attained is a great aid to a tournament player.

The laws of training should be closely followed before and after a match. Do not get chilled before a match, as it makes you stiff and slow. Above all else do not stand around without a wrap after a match when you are hot or you will catch cold.

Many a player has acquired a touch of rheumatism from wasting time at the close of his match instead of getting his shower while still warm. That slight stiffness the next day may mean defeat. A serious chill may mean severe illness. Do not take chances.

Change your wet clothes to dry ones between matches if you are to play twice in a day. It will make you feel better, and also avoid the risk of cold.

Tournament players must sacrifice some pleasures for the sake of success. Training will win many a match for a man if he sticks to it. Spasmodic training is useless, and should never be attempted.

The condition a player is, in is apt to decide his mental viewpoint, and aid him in accustoming himself to the external conditions of play.

All match players should know a little about the phenomenon of crowd-psychology since, as in the case of the Church-Murray match I related some time back, the crowd may play an important part in the result.

It seldom pays to get a crowd down on you. It always pays to win its sympathy. I do not mean play to the gallery, for that will have the opposite effect than the one desired.

The gallery is always for the weaker player. It is a case of helping the “under-dog.” If you are a consistent winner you must accustom yourself to having the gallery show partiality for your opponent. It is no personal dislike of you. It is merely a natural reaction in favour of the loser. Sometimes a bad decision to one play will win the crowd’s sympathy for him. Galleries are eminently just in their desires, even though at times their emotions run away with them.

Quite aside from the effect on the gallery, I wish to state here that when you are the favoured one in a

decision that you know is wrong, strive to equalize it if possible by unostentatiously losing the next point. Do not hit the ball over the back stop or into the bottom of the net with a jaunty air of “Here you are.” Just hit it slightly out or in the net, and go on about your business in the regular way. Your opponent always knows when you extend him this justice, and he appreciates it, even though he does not expect it. Never do it for effect. It is extremely bad taste. Only do it when your sense of justice tells you you should.

The crowd objects, and justly so, to a display of real temper on the court. A player who loses his head must expect a poor reception from the gallery. Questioned decisions by a player only put him in a bad light with the crowd and cannot alter the point. You may know the call was wrong, but grin at it, and the crowd will join you. These things are the essence of good sportsmanship, and good sportsmanship will win any gallery. The most unattractive player in the world will win the respect and admiration of a crowd by a display of real sportsmanship at the time of test.

Any player who really enjoys a match for the game’s sake will always be a fine sportsman, for there is no amusement to a match that does not give your opponent his every right. A player who plays for the joy of the game wins the crowd the first time he steps on the court. All the world loves an optimist.

Tiiiimberrrr! Falling trees will be the death of you in Smash Bros. At this weekend’s Shockwave 11 Super Smash Bros. for Wii U tournament, player Lord Cat God found out the hard way that the Villager’s tree isn’t necessarily loyal to whoever created it. The result was a room full of suddenly boisterous people, and one of the more memorable and unexpected …

New Tournament Fees in 2015 Here at the Suffern Chess Club, we don’t like to surprise our members with hidden fees. That is why we always look to keep membership dues and tournament fees to a minimum. In the past, we haven’t charged a fee for tournaments. This year, the town is charging us a … 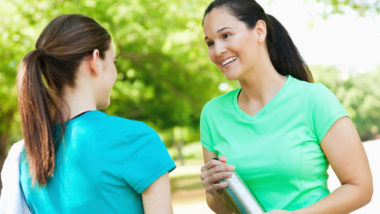 The Importance of Identifying Your Client’s “WHY” 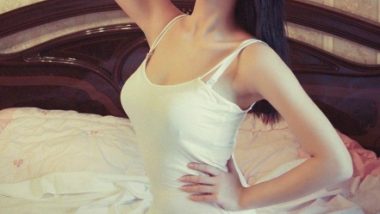 Reshaping Your Daily Life And Centering On Weight Loss