The term “superfood” gets thrown around a lot these days, usually by the media or somebody trying to sell something. These are types of foods you’ve most likely been told have something magical about them which make them superior to other foods.

Now, I’m not saying these foods aren’t healthy, because they are very nutritious and good for you.
But, there’s a misleading myth going around that these so-called superfoods can single-handedly provide you with a healthy diet and make up for other nutrition deficiencies. This myth has caused millions of Americans to believe a “holy grail” exists to healthy living. One “divine” way that can make up for all the Twinkies and fast food you’ve eaten throughout the majority of your life.
I hate to break it to you but no matter how many superfoods you eat, an unhealthy diet filled with sugar, alcohol, and processed foods will still wreck havoc on your body.

The reality is that the term “superfoods” is really just a fancy way of saying whole, real foods that come from nature.

It’s not like we’ve suddenly discovered healthier and superior foods that exist. The origin of the term “superfoods” can be attributed to the SAD diet (Standard American Diet), which is high in sugar, unhealthy fats, processed foods and lacking in nutritious whole foods.

The SAD diet has created an obesity epidemic in America. According to the Centers for Disease Control and Prevention:

I highlight these facts to show you how organic whole foods have become superfoods in the minds of Americans. Relative to the increasingly, unhealthy standard American diet, these foods really do seem super and somehow special.

Unfortunately, because of misleading marketing and false reporting from the media, superfoods are advertised as consumable in unlimited quantities and as a crutch to make up for other poor dietary choices.
According to Dr. Darya Pino,

“Obviously nutrients are important, but large doses of them from either food or supplements are almost never associated with added benefits. That is because the way our body deals with micronutrients is not linear (more does not mean better). Instead there is typically an ideal dose range for a given nutrient where too little is bad and too much is also bad, but any reasonable quantity is pretty darn good. Think of Goldilocks finding the perfect porridge temperature and bed softness. In normal ranges your nutrient levels will be just right, freeing you to continue snooping around strangers’ homes (or whatever).

“Though it is hard to overdose on whole foods, it is possible. But more important, eating a lot of one kind of food almost certainly won’t give you any health advantage. If you’re eating something that means you aren’t eating something else, and in Western cultures, what we’re really lacking is nutrient diversity.”

Moral of the story: Eat real, whole foods for the entirety of your diet in order to have a healthy balance of all nutrients. Using healthy foods to make up for other unhealthy choices doesn’t work and creates a false sense of reality in the mind of the consumer. 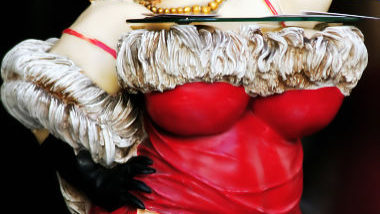 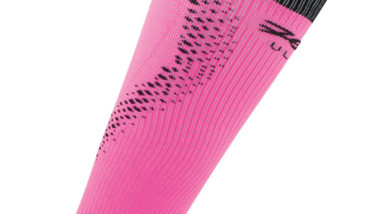