Parkinson’s disease (PD), a neurodegenerative disease of the substantia nigra, was first discovered and its symptoms documented in 1817. This discovery and docomentation was by British physician Dr. James Parkinson. It wasn’t until the 1960’s that the associated biochemical changes

in the brain of patients were able to be identified. Although many genes have recently been identified, there are still several others that remain unkown. Parkinson’s disease involves a progressive movement disorder of the extrapyramidal system. The extrapyramidal system controls and adjusts communication between neurons in the brain and muscles in the human body. As you can see this is a huge, and important task. PD will commonly coincide with depression and disturbances of sensory systems due to the damage that it has on the brain. Aprroximately one out of every 600 people have Parkinson’s disease in the United States of America. The rates increase with age, especially apparent in those over 55.

Still unknown, is the cause of Parkinson’s disease. 9 different genetic defects have been found. Each of these nine cause the disease in 1 or a few more familes with extremely high incidences of the disease. This unfortunately hasn’t take geneticists further as these familes are so rare to find. Although strong inheritance patterns are extremely rare, an person who is infected with PD is 3 to 4 times more likely to have a close relative who also has PD.

Today the strongest theory for the cause of Parkinson’s disease is from “the combination of a subtle genetically-determined vulnerability to environmental toxins along with even limited exposure to those toxins. The toxins most strongly suspected at present are certain pesticides and industrial metals.”

I wish that I had an answer like many others do to the cause of Parkinson’s. One thing that we know though, is that as science and technology increases, so will man’s understanding of diseases such as Parkinson’s.

From SENS Research Foundation: Bold Leaps Forward for Î±-Synuclein Immunotherapy “Bold Leaps Forward for Î±-Synuclein Immunotherapy” is an extensive review of efforts to recruit the immune system to clear “Lewy bodies (LB) and other intracellular Î±-synuclein (AS) aggregates” from the brain.
This research coupled with the constant breakthroughs in cancer immunotherapy demonstrate exciting progress in harnessing the immense powers of the …

Siberian Scientists May Be on Brink of Parkinson’s Cure From The Siberian Times: Siberian scientists are spearheading the global fight against Parkinson’s disease with tests about to begin on a possible cure. Researchers at the Vorozhtsov Institute of Organic Chemistry in Novosibirsk have already completed trials on animals using a new substance derived from turpentine.
There is hope the chemical, … 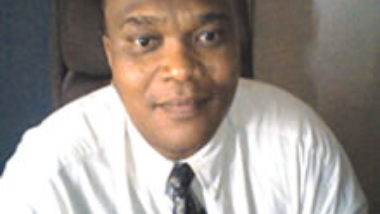 Grand View Health To Offer 'get Fit With A Doc'