Various organizations and government officials have cited estimates for the number of illegal immigrants at between eight and twenty million. With rising health care costs as a major issue for most Americans, this article considers the moral and practical issues of providing medical care for uninsured immigrants.

According to a research report entitled “The Size and Characteristics of the Unauthorized Migrant Population in the U.S.” { © [2006] Pew Hispanic Center, a Pew Research Center Project}, there are an estimated 11.5 to 12 million unauthorized migrants currently residing within The United States. The report was based on Census 2000 data, as well as the Current Population Survey of March 2005, and the monthly Current Population Surveys through January of 2006. The Pew Hispanic Center uses the term: ‘Unauthorized Migrants’. This term refers to persons residing in The United States who are not U.S. citizens, have not been admitted for permanent residence, and do not have specific authorized temporary status that permits extended residence and work within the United States.

s on immigrants’ eligibility. Such benefits include Medicaid and the State Children’s Health Insurance Program (SCHIP). Certain immigrants are not eligible for Medicaid or SCHIP for five years from the date they enter the United States in a qualified-alien status.

Unauthorized migrants will be denied health care with the exception of emergency situations. This policy creates a problem for paramedics and other medical professionals, who will be forced to determine whether the individual’s life is at risk and what constitutes a medical emergency. How emergency health care workers are expected to enforce this policy is unclear. The Department of Health and Human Services is currently working on the terms, with the start date set for less than three months from now.

To receive health care, individuals will be required to provide proof of citizenship or proof that they are eligible as qualified aliens. This requirement creates potential problems for United States citizens, as well as immigrants. The homeless are perhaps the most obvious example of individuals who are eligible for care but may not have the proper documentation. Another, lesser known, example may be African-American senior citizens. African-Americans from the South were not allowed to be born in hospitals and therefore do not have proper birth certificates.

Another issue that needs to be addressed is the potential spread of disease. Testing for Tuberculosis, for example, is something that Americans take for granted. Those initiating and enforcing these policies should consider whether basic medical testing will be provided. Regardless of the apparent moral implications, denying health care services to individuals residing within the United States can easily result in more tangible problems.

Image credits:
English: Harry Reid speaking at the State Children Health Insurance Program (SCHIP) Art Exhibit Press Conference (Photo credit: Wikipedia)
Logo of the United States Department of Health and Human Services. The symbol represents the American People sheltered in the wing of the American Eagle, suggesting the Department  s concern and responsibility for the welfare of the people. The logo is the department’s main visual identifier; the seal is now used for mainly legal purposes. The color can be either black or reflex blue. More information here and here. (Photo credit: Wikipedia)
Icon from Nuvola icon theme for KDE 3.x. (Photo credit: Wikipedia) 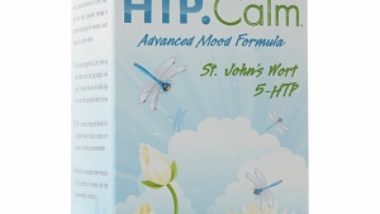 A Healthy Dose Of Trust Works Wonders With Your Email List