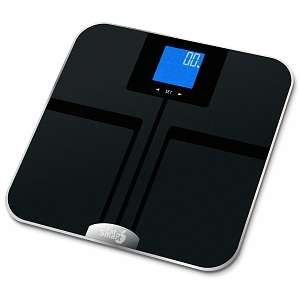 Family criticizing your weight? You might add more pounds

Women whose loved ones are critical of their weight tend to put on even more pounds, says a new study on the way people’s comments affect our health.

Professor Christine Logel from Renison University College at the University of Waterloo led the study, which appears in the December issue of the journal Personal Relationships.

“When we feel bad about our bodies, we often turn to loved ones — families, friends and romantic partners — for support and advice. How they respond can have a bigger effect than we might think,” said Professor Logel, who teaches social development studies.

The study found that women who received a higher number of what the researchers called acceptance messages about their weight saw better weight maintenance and even weight loss than their counterparts who did not receive this positive messaging from their loved ones.

The researchers studied university-age women, a demographic often dissatisfied with personal weight. The team of social psychologists asked the women their height and weight, and how they felt about what they see on the scale. About five months later, they asked them if they had talked to their loved ones about their concerns, and if so, how they had responded. About three months after that, they tracked whether their weight and their concerns about it changed in that time.

“On average, the women in the study were at the high end of Health Canada’s BMI recommendations, so the healthiest thing is for them to maintain the weight they have and not be so hard on themselves,” said Professor Logel. “But many of the women were still very concerned about how much they weigh, and most talked to their loved ones about it.”

Overall, the women in the sample gained some weight over time, which is not uncommon for young adults. But if the women got the message from their loved ones that they look fine, then they maintained or even lost a bit of weight. Women who received comparatively few weight acceptance messages from their loved ones gained almost 4.5 pounds on average, whereas women who received comparatively more weight acceptance messages lost a pound.

The results showed that when women concerned about their weight heard that their loved ones accepted them as they are, they felt better about their bodies, and subsequently they did not gain like other women did.

“Lots of research finds that social support improves our health,” said Professor Logel. “An important part of social support is feeling that our loved ones accept us just the way we are.”

Pressure from loved ones about weight loss was not helpful for women already concerned about it. And it actually led women who weren’t originally concerned about their weight to gain some weight.

“We all know someone who points out our weight gain or offers to help us lose weight. These

Quench your thirst with this zero-calorie; vitamin-charged flavored beverage. Great after a workout; but also satisfying at home or the office. Convenient plastic bottle is easy to tote in gym bag; lunch case and backpack.
List Price: $ 44.45
Price: $ 44.45

Personal Trainers From The Co-rec Offer Workout Tips For Winter