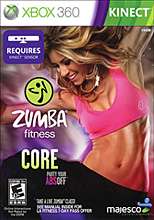 Gene interacts with stress, leads to heart disease in some people

A new genetic finding from Duke Medicine suggests that some people who are prone to hostility, anxiety and depression might also be hard-wired to gain weight when exposed to chronic stress, leading to diabetes and heart disease.

An estimated 13 percent of people, all of whom are Caucasian, might carry the genetic susceptibility, and knowing this could help them reduce heart disease with simple interventions such as a healthy diet, exercise and stress management.

“Genetic susceptibility, psychosocial stress and metabolic factors act in combination to increase the risk of cardiovascular disease,” said Elizabeth Hauser, Ph.D. director of Computational Biology at the Duke Molecular Physiology Institute. Hauser is senior author of a study detailing the findings in the Oct. 1, 2014, online issue of the European Journal of Human Genetics.

In the Duke analysis, the researchers first pinpointed a strong correlation between participants who reported high levels of chronic life stress factors and increased central obesity, as measured by hip circumference.

They then tested genetic variations across the genome to see which ones, in combination with stress, seemed to have the biggest influence on hip circumference. It turns out that variations called single-nucleotide polymorphisms (SNPs) in the EBF1 gene showed a strong relationship with hip circumference, depending on levels of chronic psychosocial stress. What’s more, among those with this particular genotype, hips grew wider as stress levels increased.

“With further analysis, we found a significant pathway from high chronic life stress to wide hip circumference, to high blood glucose and diabetes, to increased cardiovascular disease, notably atherosclerosis,” said Abanish Singh, Ph.D., a researcher in computational biology at Duke and the study’s lead author. “But we found this only in people who were carriers of the EBF1 single-nucleotide polymorphism, and this was limited to participants who were white.”

The researchers reproduced their findings using data from another study, the Framingham Offspring Cohort.

“These findings suggest that a stress reduction intervention, along with diet and exercise, could reduce the risk of cardiovascular disease and may be most effective in individuals with this specific genotype,” said Redford Williams, M.D. one of the study’s senior authors and director of Duke’s Behavioral Medicine Research Center.

Further studies will focus on additional genetic factors and why there might be differences in the genetic factors among racial/ethnic groups, including African-Americans, Hispanics and Asians.

Groove your way to rock-hard abs in this Zumba challenge that features the most rhythm styles of any dance or fitness game! Get a full-body workout that focuses on your core by dancing to 40 songs in a variety of Zumba styles, including Salsa, Bollywood, Reggaton, Cumbia, Brazilian, African, Disco, Jive, and more. Returning experts Beto, Gina Grant, Tanya Beardsley, and Kass Martin are joined by new celebrity instructors Loretta Bates and Nicholas Logrea. Hit the expanded tutorial section to learn the basics of six popular styles, have a friend join you for a shared workout, use Kinect to re
List Price:
Price: 29.99 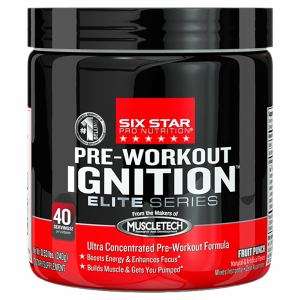 Healthy Lifestyle Could Prevent Nearly Half Of All Diabetic Pregnancies