If someone asks you to describe a bipolar disorder, you should manage to explain to him or her without any confusion. Bipolar disorder is always associated with mood alterations from depression to mania or vice versa. But the truth is that the main characteristic and symptoms of a bipolar disorder lies in its ability to bend times in ways wherein even Einstein never comprehends.

The scenario of such mental disorder is similar to a traffic situation wherein cars are stuck bumper to bumper. The world becomes slow moving and people are dull-witted from accommodating you. If another person takes advantage of the situation, you might feel very frustrated and burst out an occasional rage.

At the beginning, you are sure to experience getting in and out of the traffic as you manage to leave the cars behind you. However, you can see more cars so close with each other on the other end also having difficulty to move. Although you are starting your engine so hard, still you end up banging your head on the dashboard in desperation because you cannot run the highway freely.

The situation can also be the exact opposite. You are currently standing still. Then your mind becomes occupied with a particular activity, later on you will find out that switching off to another activity became very impossible. You can see yourself standing under a shower and waiting till the waters run cold or just staring off into space. In some cases, leaving your be 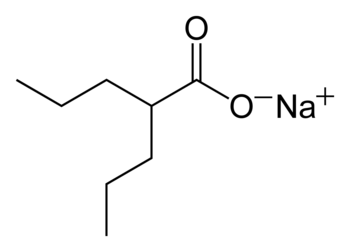 d when you wake up is very difficult.

The ratio of the time between the affected and normal person is 1:2, provided that everything is right. A person with bipolar disorder can produce faster, and react faster. If you were the battler facing the pitcher, you can picture out in your mind the ball that is approaching you, from there, you can already calculate the ball’s trajectory. Then during the actual batting, you can successfully give the ball a rewarding smack.

However, these things don’t stay constant. Certainly, the clock will speed up or wind down. During the speedy mode, you swing towards the ball too early, but still you have time to cope up with missed bats doing the batting over and over again. Then you burst out your rage thinking that the ball is taking so long to approach you. Now, your focus is not anymore on the ball but on your anger. You can release it on the bat, on the ground, and worse on the person closest to you.

Nothing is going right into your mind. Every tree, every rock, and every thing God has put on earth have completely turned against you. People around you have plot something in making your life miserable. Computers already developed new methods of throwing up numbers, error codes, and changes i

ts values right before your eyes. And because you cannot get hold of what you think is happening you end up just crying.

You still never forget those moments of standing still, those times under your covers and showers as well as during your most energetic activity. In your mind everything is possible, thus space are not enough to accommodate everything you have planned to do. The sun may take its leave, hot coffee may turn stone cold, or booming music may turn mute. Thus you could experience a new world you completely owned.

These characteristics or symptoms can be specifically called as bichronicity instead of bipolar disorder or manic depression. A bichronic person can experience time in its full spectrum from standing still to warp speed. Time never moves in a directed path making the life of a person very unpredictable. There are instances that you can outsmart even the slickest person in town but in some situation failed to answer even a simple question. You can become the star one day and on the next day a total embarrassment. Sometimes you are hyper productive then becomes too lazy. You can start something big then later dropped it.

No matter how worse the scenes may become, don’t lose hope because treatment can alleviate symptoms of a bipolar disorder. However, it is a slow process that needs your cooperation. You need to adjust so that alarming warp speed and standing still times can be reduced.

Insights Into Bipolar Disorder Collected & Written By Jennifer Kiley
(The Diagnosis of Bipolar has been in My Mental Health Records for years but I only found out about it Weed Day 4/20/2011. Since then I have been having arguments with my psychiatrist regarding this diagnosis. She doesn’t believe it is true b/c I do not according to her exhibit the symptoms when she does my…

Artist bids to explain bipolar disorder First aid for the mind
Fed up with keeping her mental health a secret, bipolar disorder sufferer Missy Douglas spent a year creating a painting each day to express her feelings. Controversially, she decided not to take her medication during this time, in the hope that paintings demonstrating her highs and lows would raise awareness of her…

Difference between Bipolar Disorder and Borderline Personality Disorder… Recently on our Facebook Page , Vicky posted the following:
I was diagnosed bipolar II at the age of 20 but because bipolar type II is so similar to borderline personality disorder its difficult. I have had two diagnoses of bipolar type II and one of BPD.
What exactly is the difference between bipolar II disorder and borderline personality… 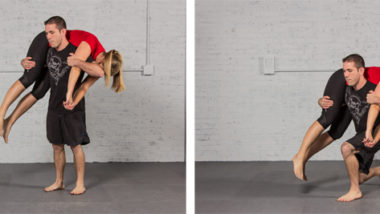