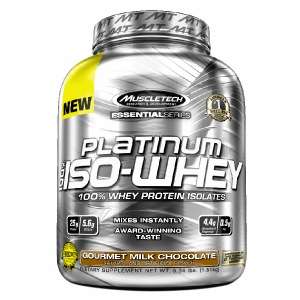 It may be possible to train the brain to prefer healthy low-calorie foods over unhealthy higher-calorie foods, according to new research by scientists at the Jean Mayer USDA Human Nutrition Research Center on Aging (USDA HNRCA) at Tufts University and at Massachusetts General Hospital. Published online today in the journal Nutrition & Diabetes, a brain scan study in adult men and women suggests that it is possible to reverse the addictive power of unhealthy food while also increasing preference for healthy foods.

“We don’t start out in life loving French fries and hating, for example, whole wheat pasta,” said senior and co-corresponding author Susan B. Roberts, Ph.D., director of the Energy Metabolism Laboratory at the USDA HNRCA, who is also a professor at the Friedman School of Nutrition Science and Policy at Tufts University and an adjunct professor of psychiatry at Tufts University School of Medicine. “This conditioning happens over time in response to eating — repeatedly! — what is out there in the toxic food environment.”

Scientists have suspected that, once unhealthy food addiction circuits are established, they may be hard or impossible to reverse, subjecting people who have gained weight to a lifetime of unhealthy food cravings and temptation. To find out whether the brain can be re-trained to support healthy food choices, Roberts and colleagues studied the reward system in thirteen overweight and obese men and women, eight of whom were participants in a new weight loss program designed by Tufts University researchers and five who were in a control group and were not enrolled in the program.

Both groups underwent magnetic resonance imaging (MRI) brain scans at the beginning and end of a six-month period. Among those who participated in the weight loss program, the brain scans revealed changes in areas of the brain reward center associated with learning and addiction. After six months, this area had increased sensitivity to healthy, lower-calorie foods, indicating an increased reward and enjoyment of healthier food cues. The area also showed decreased sensitivity to the unhealthy higher-calorie foods.

“The weight loss program is specifically designed to change how people react to different foods, and our study shows those who participated in it had an increased desire for healthier foods along with a decreased preference for unhealthy foods, the combined effects of which are probably critical for sustainable weight control,” said co-author Sai Krupa Das, Ph.D., a scientist in the Energy Metabolism Laboratory at the USDA HNRCA and an assistant professor at the Friedman School. “To the best of our knowledge this is the first demonstration of this important switch.” The authors hypothesize that several features of the weight loss program were important, including behavior change education and high-fiber, low glycemic menu plans.

“Although other studies have shown that surgical procedures like gastric bypass surgery can decrease how much people enjoy food generally, this is not very satisfactory because it takes

Yoga is so prevalent in the modern world–practiced by pop stars, taught in schools, and offered in yoga centers, health clubs, and even shopping malls–that we take its presence, and its meaning, for granted. But how did the current yoga boom happen? And is it really rooted in ancient Indian practices, as many of its adherents claim? In this groundbreaking book, Mark Singleton calls into question many commonly held beliefs about the nature and origins of postural yoga (?sana) and suggests a radically new way of understanding the meaning of yoga as it is practiced by millions of people across the world today. Singleton shows that, contrary to popular belief, there is no evidence in the Indian tradition for the kind of health and fitness-oriented ?sana practice that dominates the global yoga scene of the twenty-first century. Singleton's surprising–and surely controversial–thesis is that yoga as it is popularly practiced today owes a greater debt to modern Indian nationalism and, even more surprisingly, to the spiritual aspirations of European bodybuilding and early 20th-century women's gymnastic movements of Europe and America, than it does to any ancient Indian yoga tradition. This discovery enables Singleton to explain, as no one has done before, how the most prevalent forms of postural yoga, like Ashtanga, Bikram and "Hatha" yoga, came to be the hugely popular phenomena they are today. Drawing on a wealth of rare documents from archives in India, the UK and the USA, as well as interviews with the few remaining, now very elderly figures in the 1930s Mysore ?sana revival, Yoga Body turns the conventional wisdom about yoga on its head.
List Price:
Price: 11.99 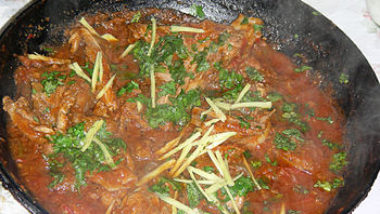 Indian Food As Part Of A Weight Loss Regime