Biologists at The Scripps Research Institute (TSRI) have identified a signaling pathway that switches on a powerful calorie-burning process in brown fat cells.

The study, which is reported in this week’s online Early Edition of the Proceedings of the National Academy of Sciences, sheds light on a process known as “brown fat thermogenesis,” which is of great interest to medical researchers because it naturally stimulates weight loss and may also protect against diabetes.

Most fat cells in our bodies are “white fat” cells that store fat as a reserve energy supply. But we and other mammals also have depots of “brown fat” cells. These apparently evolved not to store but to burn energy — quickly, as a way of generating heat and keeping the body warm in cold conditions, as well as possibly to get rid of excess caloric intake.

Human babies as well as mammals that hibernate have relatively extensive brown fat tissues. Scientists have found in recent years that many adult humans have significant levels of brown fat, which are located mostly in the neck and shoulders, and appear to help regulate body weight and blood sugar.

Low temperatures activate the brown-fat thermogenesis process via the sympathetic nervous system: Nerve ends in brown fat tissue release the neurotransmitter norepinephrine, and that triggers a shift in metabolism within the brown fat cells, which are densely packed with tiny biological energy reactors called mitochondria.

“The mitochondria start generating heat instead of useful chemical energy; it’s like revving the engines of a lot of parked cars,” said first author Marin Gantner, who was a graduate student in the Kralli laboratory during the study.

Given the potential medical applications — about 100 million people suffer from obesity or diabetes in the US alone — researchers are eager to understand brown fat thermogenesis and how it can be boosted artificially. One clue, reported by other scientists in 1998, is that norepinephrine instructs brown fat cells to express high levels of a protein called PGC-1α, which acts as a general amplifier of energy metabolism and also activates thermogenesis. The Kralli laboratory has shown in past studies that PGC-1α works by activating a molecule called ERRα. But this pathway can’t be the only one that triggers thermogenesis, because mice lacking PGC-1α in their fat cells, or ERRα, still show most of the usual thermogenesis response to cold.

In the new study, Gantner, Kralli and their colleagues discovered another thermogenesis activation pathway that works alongside PGC-1α and ERRα.

Originally, however, they were not examining brown fat thermogenesis, but instead were looking for clues to the function of

30 Day Fat Burn is a unique, high-intensity cardio program that torches calories and tones muscle with a mix of cardio exercise and strength training moves. … 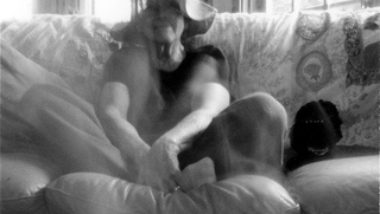 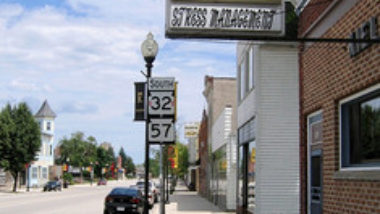 The Benefits Of Yoga For Stress Management