Recent SIAM research has married math with science. The information below outlines three of those articles.

Cell migration, which is involved in wound healing, cancer and tumor growth, and embryonic growth and development, has been a topic of interest to mathematicians and biologists for decades.

In a paper published recently in the SIAM Journal on Applied Dynamical Systems, authors Kristen Harley, Peter van Heijster, Robert Marangell, Graeme Pettet, and Martin Wechselberger study a model describing cell invasion through directional outgrowth or movement in the context of malignant tumors, in particular, melanoma or skin cancer. Tumor cells move up a gradient, based on the presence of a chemical or chemoattractant — this process is called haptotaxis. Receptors on the exterior of cell walls detect and allow passing of the chemoattractant. Based on the locations of these receptors, cells determine the most favorable migration direction.

Continuum mathematical models that describe cell migration usually give rise to traveling waves — waves in which the medium moves in the direction of propagation at a constant speed. In this paper, the authors prove the existence and uniqueness of traveling waves to the model of malignant tumor invasion. The model described takes into account the speed of the traveling waves, which corresponds to the rate of invasion of cells, as well as the extracellular matrix concentration (the medium surrounding cells that provides structural and biochemical support to cells). Movement of cells through diffusion is omitted as it is shown to play a relatively small role in the migration process.

Dispersal is an ecological process involving the movement of an organism or multiple organisms away from their birth site to another location or population where they settle and reproduce. An important topic in ecology and evolutionary biology, dispersal can either be random or directed. Random movement, as the name indicates, describes dispersal patterns that are unbiased and random, whereas directed or biased movement occurs when organisms sense and respond to local environmental cues by moving directionally. Dispersal is dependent on a variety of factors such as climate, food, and predators, and is often biased.

Fitness-dependent dispersal is a type of biased dispersal; the fitness of a species is given by its per capita growth rate. In many mathematical models of fitness-dependent dispersal, movement of organisms into and out of an area or region depends on the fitness differences between the organisms’ resident patch and other patches in the habitat, and there is a net movement from patches of lower to higher fitness. In a recent paper published in the SIAM Journal on Mathematical Analysis, authors Yuan Lou, Youshan Tao, and Michael Winkler propose a continuous-time and continuous-space reaction diffusion model for fitness-dependent dispersal where the species moves upward along its fitness gradient.

38g/1ozModerate ResistanceBest for those who have experience in weight-free Kegel exercisingLaselle Kegel Exercisers offer an easy and effective way of strengthening the muscles of the pelvic floor. Worn discreetly inside during daily activities, they give you the most complete intimate workout, helping you to locate your PC muscles (pelvic floor muscles) and providing a solid object for you to flex around for more effective strengthening. Within each exerciser is a weighted ball that responds to your body’s movements, causing gentle kinetic vibrations to help prompt your pelvic floor muscles to contract and relax as you walk around.Made from the smoothest silicone for increased safety and comfort, Intimina’s easy to clean Laselle Kegel Exercisers are available in different weights. These different weights provide different levels of resistance and can be combined and adapted to your routine as your pelvic floor becomes stronger, helping you to unlock the full potential that this muscle set offers.Due to the nature of the product, we cannot accept returns or exchanges.Intimina recommends you choose a weight according to your level, if after 2-3 weeks the exercises require little effort, then you may choose to progress to the next weight level. For example, if you use a 28g/1oz exerciser for 2-3 weeks and feel comfortable enough to challenge yourself further, you should then increase to a 38g/1.3oz exerciser.For the most advanced level: For those using a 48g/1.3oz exerciser and seeking a more advanced training, you have the option to increase your weight by using two exercisers worn together. For example, combine a 48g/1.7oz exerciser with either a 28g/1oz or 38g/1.3oz exerciser by linking their retraction cords. Stay in great shape with Intimina’s weight combinations!
List Price: $ 12.99
Price: $ 11.69 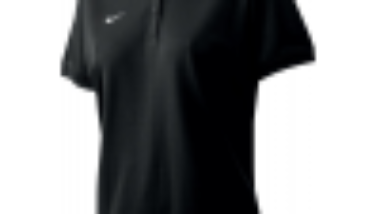 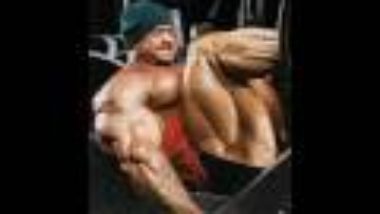