If studying a single gene or a diet that might extend longevity is like searching for a fountain of youth, then a new study calls for looking at something more like the whole watershed. Brown University biologists who experimentally throttled three such factors in fruit flies found that lifespan depended more on interactions among the factors than on the factors themselves.

“I think the main lesson is that these interaction effects are as significant or important as the [single] effects, such as diet effects alone or genetic effect alone,” said David Rand, professor of biology and senior author of the study published in the journal PLoS Genetics. “Traditionally that’s what people have focused on: looking for a gene that extends longevity or a diet that extends longevity.”

When researchers have looked at single or even pairs of factors in a wide variety of organisms, they’ve made many valuable findings about the biology of aging, Rand said. But sometimes scientists have been unable to replicate each other’s findings in seemingly similar experiments. Often this is attributed to mysterious “background effects,” presumably other genes that were not properly accounted for. The new study chose to put such background effects into the foreground to examine dietary effects on aging in several panels of different nuclear and mitochondrial genetic pairings.

The study’s results suggest that many observed effects of calorie or diet restriction or different genes on lifespan may depend on a more intricate context than has been understood so far.

Rather than despairing that combinatorial interactions of diets, nuclear genes, and mitochondrial genes make the underlying biology of aging intractably complex, Rand and lead author Chen-Tseh Zhu said studies that explicitly embrace such multifactorial interactions can lead researchers to understand the inherent biological complexity of the aging process: Many genes, many cells, and many environments all contribute to the aging process. With such observations they could then trace which mitochondrial genes moderate which nuclear genes in response to a particular diet.

“Focused studies of single factors that prove unrepeatable in different backgrounds are not general results,” Rand said. “But the interaction between these factors may get us closer to generalities.”

Zhu makes an analogy to personalized medicine, in which doctors and scientists hope that by digging deeper into a person’s genomic details, they’ll be able to predict whether specific drugs can be targeted to individuals with particular combinations of genes, thus avoiding dangerous side effects or producing better treatment.

“Personalized genomic medicine is not to disprove what has been done in medicine so far, but to bring it to another level so that in the future when you are going to design the best medication for a given person you want to investigate their genes and their metabolism,” said Zhu, a postdoctoral scholar. “A combination of factors brings you more information.” 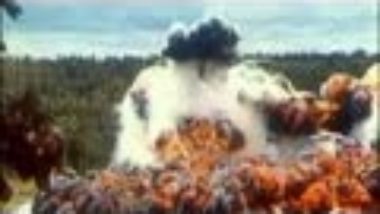