New experiments on mice show, that mouse mothers can protect their pups from developing type 1 diabetes by eating a gluten-free diet. According to preliminary studies by reseachers at the University of Copenhagen, the findings may apply to humans.

More than 1% of the Danish population has type 1 diabetes, one of the highest incidence rates in the world. New experiments on mice now show a correlation between the health of the pups and their mothers eating a gluten-free diet. Our hope is that the disease may be prevented through simple dietary changes, the researchers say.

“Preliminary tests show that a gluten-free diet in humans has a positive effect on children with newly diagnosed type 1 diabetes. We therefore hope that a gluten-free diet during pregnancy and lactation may be enough to protect high-risk children from developing diabetes later in life,” says assistant professor Camilla Hartmann Friis Hansen from the Department of Veterinary Disease Biology, Faculty of Health and Medical Sciences.

The findings have recently been published in the journal Diabetes.

14 years of research into gluten-free diet

Findings from experiments on mice are not necessarily applicable to humans, but in this case we have grounds for optimism, says co-writer on the study professor Axel Kornerup from the Department of Veterinary Disease Biology, Faculty of Health and Medical Sciences.

“Early intervention makes a lot of sense because type 1 diabetes develops early in life. We also know from existing experiments that a gluten-free diet has a beneficial effect on type 1 diabetes,” he says.

Experiments of this type have been going on since 1999, originally initiated by Professor Karsten Buschard from the Bartholin Institute at Rigshospitalet in Copenhagen, another co-writer on the study.

“This new study beautifully substantiates our research into a gluten-free diet as an effective weapon against type 1 diabetes,” Karsten Buschard explains.

The experiment showed that the diet changed the intestinal bacteria in both the mother and the pups. The intestinal flora plays an important role for the development of the immune system as well as the development of type 1 diabetes, and the study suggests that the protective effect of a gluten-free diet can be ascribed to certain intestinal bacteria. The advantage of the gluten-free diet is that the only side-effect seems to be the inconvenience of having to avoid gluten, but there is no certain evidence of the effect or side-effects.

“We have not been able to start a large-scale clinical test to either prove or disprove our hypothesis about the gluten-free diet,” says Karsten Buschard.

Assistant Professor Camilla Hartmann Friis Hansen is hoping that it will be possible to continue the work.

“If we find out how gluten or certain intestinal bacteria modify the immune system and the beta-cell physiology, this knowledge can be used to develop new treatments,” she says.

… Continue reading here.
Diet And Weight Loss News — Sciencedaily
— Courtesy “Science News Daily” (ScienceNewsDaily.com) <p> <p>Question by WildStrawberry: Run MILES and fitness?
in a while, I’m kind of an intermediate exerciser, I still have muscle definition…but there’s a bit of flab over the muscles.

I am working on fitness and cardiovascular endurance.

I ran 4 miles in 62 minutes….is that okay for somebody who hasn’t worked out in a while? What is the optimum amount of miles to run in an hour?

Answer by mistify
It really depends on what your definitions are.

To a runner, 62 minutes for 4 miles (just over 15 min/mile) is very, very slow…many people can walk that distance in that time.

However, if you haven’t worked out in a while, just being able to cover 4 miles is a great accomplishment. Just be cautious you are not going about it too aggressively. Training too much to fast is a dangerous combination with running.

The next question you have to ask yourself is what is your goal for running? Do you just want to be in shape, or do you want to engage in some community runs such as 5Ks and 10Ks. If the latter is the case, I think you’d have a great time if you can come in under 10 minutes a mile…you won’t smoke the competition, but you won’t be dead last either. For just general fitness, I think running for 30 minutes at a 10-12 minute mile is just fine…however, it will also depend on what else you routine entails.

Either way, it sounds like at this point, you want to get faster. One of the most efficient ways to increase your speed is to start running intervals. If you are near a track, consider sprinting the straights and walking the curves. If on a treadmill or road, start with 30 second sprints and 60 second walks with 6-8 repetitions to start will. Personally, I’ve found it not only increases my speed, but also my endurance. I do at least one interval workout a week. 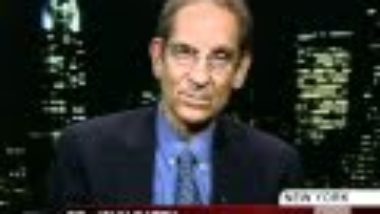 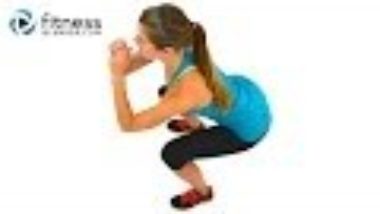