Over-reliance on genetic-centered approaches in predicting, diagnosing and treating disease will lead to few future scientific breakthroughs, cautioned a University of Alabama researcher who co-authored an article in an early online issue of Genetics that advocates for a greater emphasis on the body’s metabolites in understanding illnesses.

“To augment the value of genetic data, the scientific community needs to add additional information from things like metabolomics — the analysis of metabolites within an organism,” said Dr. Laura Reed, a University of Alabama geneticist and the March 25 paper’s lead author.

“The Human Genome Project has been sold as something that is going to revolutionize medicine — that soon we will get our genomes sequenced, and we will be able to figure out exactly what diseases we are at risk for and, maybe, the best way to treat them,” said Reed. “While it’s true there are important innovations to come from that kind of information, it is much more limited than some may have hoped.”

Using fruit flies as animal models in the research publishing in Genetics, the multi-institution team demonstrated how genetics, in combination with metabolomics and gene expression — how genes are turned on — can be used to predict heart disease and the organism’s response to environmental change, said Reed.

Metabolites are naturally occurring chemicals in the body. While a few, like cholesterol and blood glucose are routinely monitored for the insights they can provide into health conditions, additional metabolites merit closer inspection, the researchers said. Glycine, a metabolite which serves as both an essential amino acid and a neurotransmitter, has previously been shown as a predictor of heart disease and certain cancers.

“We identified another nine metabolites that are also good predictors that have not yet been previously described as associated with these traits,” Reed said. “They are good candidates for exploring further. They may not be causal, but they may be correlated.”

One day, Reed said, in addition to doctors measuring blood glucose and cholesterol levels, perhaps they will routinely measure other metabolites as way of improving predictions of disease risks.

In one of the project’s aspects, headed by UA, 187 metabolites were measured in flies to determine which ones’ levels changed in correlation with weight changes in the flies.

As with mice and other widely accepted animal models used in studying human conditions, many of the biological systems within fruit flies share enough similarities with humans to potentially draw effective insight into human conditions, Reed said. For example, flies can contract diabetes and, as they age, heart disease. Their insulin-signaling pathways, key in diabetes, share similarities with those of humans, as do their kidneys, liver

Whether you had your baby 8 weeks ago or 8 years ago, we ALL have the same complaint—we want our body back! Today I have 7 lower body moves to help get your … 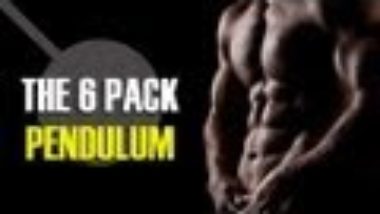