A diet to make you fat or fit? The role of ‘sumo stew’ in shaping a sumo wrestler

A recent study published in the Asia Pacific Journal of Sport and Social Science, ‘Bodies steeped in stew: sport, tradition and the bodies of the sumo wrestler’ by R. Kenji Tierney (Anthropology Department, Skidmore College, Saratoga Springs, NY, USA), explores the meanings of ‘fat’ and obesity in sumo and Japanese culture and the part that chanko, or ‘sumo stew’, plays in this.

A wrestler’s aim is to build strength and mass in their stomach, providing them with a lower centre of gravity which is needed to maintain stability in the ring. Yet bulk is not the only goal; a sumo wrestler must be strong, and flexible enough to do the splits.

Tierney argues that the weight of a sumo wrestler complicates the standard BMI calculations which consider anyone exceeding a body mass index of 30 to be inflicted with the ‘disease’ that is obesity. He puts forward the idea “that ‘obesity’ is both an occupational necessity and hazard and that the concept of ‘fat’ itself is a cultural construct rather than a scientific reality.” Sumo wrestlers have the most fat-free mass of all professional athletes, meaning that they have large body masses, without the fat. Sumo wrestlers build their bulk using strategic methods of eating rather than by eating fatty foods; chanko itself is generally nutritious and healthy. It is made up of a broth base with usually one type of protein added and a medley of vegetables, served over bowls of rice.

Wrestlers eat large quantities of nutritious chanko in short periods just twice a day, as this is argued to be the most efficient way for the body to absorb the required nutrients. So do we consider a 450 pound wrestler ‘fat’? Of course, they do have fat, but it is strategically produced through a nutritious diet. This type of fat cannot be measured against the forms of obesity that we see through poor diet and a sedentary lifestyle.

The way that a wrestler eats is also important, as a hesitant eater is judged as unfit to handle the art of wrestling. The wrestler is formed not only in the ring, but around the boiling chanko pot. Food is an integral part of the training and developing of a sumo wrestler.

“Ultimately, for the vast majority of wrestlers, sumo is not about the body that is produced, but the character of the man. Sumo will not be a career for the vast majority, but they defend their practices by asserting that the disciplines and attitudes learned in sumo prepare them for their ‘second careers’. In that, they are moulding character and creating social beings, rather than merely re-shaping bodies.”

Pull Up is a well known compound exercise for training back. It mostly targets Latissimus Dorsi (Lats) but some other back muscles and biceps are also traini… 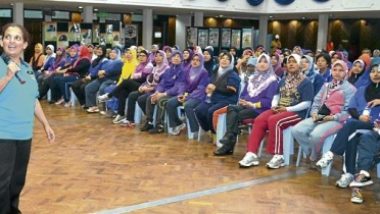