Men who at the age of 18 years have poorer cardiovascular fitness and/or a lower IQ more often suffer from dementia before the age of 60. This is shown in a recent study encompassing more than one million Swedish men.

In several extensive studies, researchers at the Sahlgrenska Academy of Gothenburg University have previously analyzed Swedish men’s conscription results and were able to show a correlation between cardiovascular fitness as a teenager and health problems in later life.

In their latest study, based on data from 1.1 million young Swedish men, the Gothenburg researcher team shows that those with poorer cardiovascular fitness and/or lower IQ in their teenage years more often suffer from early-onset dementia.

“Previous studies have shown the correlation between cardiovascular fitness and the risk of dementia in old age. Now, for the first time, we can show that the increased risk also applies to early-onset dementia and its precursors,” says Sahlgrenska Academy researcher Jenny Nyberg, who headed the study.

Controlled for other risk factors

Expressed in figures, the study shows that men who when conscripted had poorer cardiovascular fitness were 2.5 times more likely to develop early-onset dementia later in life. A lower IQ entailed a 4 times greater risk, and a combination of both poor cardiovascular fitness and low IQ entailed a 7 times greater risk of early-onset dementia.

The increased risk remained even when controlled for other risk factors, such as heredity, medical history, and social-economic circumstances.

“We already knew that physical and cognitive exercise reduces the risk of neurological disease. Physical exercise increases nerve cell complexity and function and even generation of new nerve cells in the adult brain, which strengthens our mental and physiological functions. In other words, good cardiovascular fitness makes the brain more resistant to damage and disease,” says Prof. Georg Kuhn, senior author of the study.

“This makes it important to initiate more research into how physical and mental exercise can affect the prevalence of different types of dementia. Perhaps exercise can be used as both a prophylactic and a treatment for those in the risk zone for early-onset dementia,” says Nyberg.

Answer by ?
push up, planks, 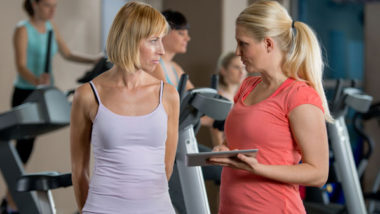 How to Recommend Group Fitness Classes to Personal Training Clients 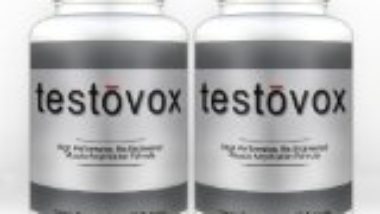 Healthy Eating May Reduce the Risk of Preterm Delivery