Researchers have identified another concern related to low birth weight — a difference in how the body reacts to drugs, which may last a person’s entire life and further complicate treatment of illnesses or diseases that are managed with medications.

The findings add to the list of health problems that are already known to correspond to low birth weight, such as a predisposition for adult-onset diabetes, hypertension, and obesity. The implication, researchers say, is that low birth weight may not only cause increased disease, but it may also lessen the effectiveness of the drugs used to treat those diseases.

The research is among the first of its type to implicate low birth weight as a permanent factor in drug response. It was published in the European Journal of Pharmacology, by researchers from Oregon State University and Oregon Health & Science University. Funding was provided by both universities and the National Institutes of Health.

When more fully understood, low birth weight may be added to the list of factors already being considered in medication dosages, such as age, weight, gender and ethnicity. Some of that is already being done in infants. But right now it’s not one of the factors considered in adults, scientists say, and more work needs to be done before such consideration is warranted.

“Low birth weight affects the development of organs, as the fetus tries to finish development of the brain and, in a sense, sacrifice as necessary the ordinary development of organs such as the kidney,” said Ganesh Cherala, an assistant professor in the OSU/OHSU College of Pharmacy. “But the kidney is one of the primary filtering agents in the body, and is directly involved in drug elimination.”

However, the biologic processes are not that simple, Cherala said. Because of liver metabolism and other issues, in many cases low birth weight individuals end up having less response to a drug, instead of more.

“A pain killer, for instance, might end up being metabolized in the liver instead of making its way to the brain where it is supposed to function,” Cherala said. “You might need more of that same drug in a low birth weight individual to have the same effect.”

The complexities of these processes need additional study before recommendations could be made to alter drug dosages based on low birth weight status, Cherala said. But this issue could be important and should be further explored, he said.

In developed countries about 8-10 percent of individuals are born with low birth weight, but the issue is of higher concern in some developing

Sign up for our newsletter: http://goo.gl/UwnMd Subscribe: http://goo.gl/qR0gi Today we have the third installment of our exercise funny fails. These are ten…
Video Rating: 4 / 5 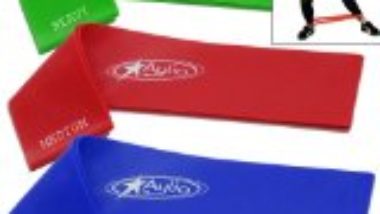