About Cinnamon And Weight Loss

When thinking about cinnamon and weight loss, it is hard to believe there’s any relationship between the two. However, recent studies have shown a little bit of cinnamon added to your daily diet can contribute to your weight loss process. As more and more overweight people start realizing they can’t get steady, long-term results with those fad diets and exhausting workout routines, they seek for natural alternatives that don’t have such a negative impact on the body and on the weight loss motivation.

The Impact of Cinnamon Upon the Body

Cinnamon is a healthy spice, thanks to its effect of lowering the blood sugar and the bad cholesterol levels. As a result, you feel less hungry, thus tending to eat less than usual. This is how cinnamon and weight loss go hand in hand together. It seems that the effect of reducing blood sugar levels occurs even by soaking a stick of cinnamon into a cup of hot tea.

This discovery is very useful for people suffering from Type 2 diabetes. Those people still produce insulin, but they lost sensitivity to it. By taking cinnamon capsules, they can avoid some of the most frequent diabetes complications such as eye, kidney or nerve damage.

Since cinnamon prevents fat from accumulating in the cells, it actively fights cellulite, the nightmare of almost every woman out there.

Cinnamon is also a great natural cure for diarrhea and bloating, as well as a great support in treating bacterial infections. It has been used for such purposes since medieval times.

Because cinnamon replicates the biological activity of insulin in the body, it increases the glucose metabolism, thus preventing the storage of fat. The result is a healthy weight loss, especially from the abdominal region.

How to Add Cinnamon to Your Diet

As apple and cinnamon go very well together, you could spoil yourself from time to time with a tasty apple pie with plenty of ground cinnamon.

Another way of having your daily dose of weight loss catalyst is to add cinnamon and honey into your morning tea. Simply use ground cinnamon, mix it with honey and add boiling water over the mixture.

If you don’t fancy adding cinnamon into your foods, you can simply take cinnamon capsules. You can find them in shops. Try to buy only organic stuff, because that’s the best in terms of efficiency and safety.

The Side Effects of Cinnamon

Cinnamon is a safe spice, you don’t have to worry about any side effects. Nonetheless, in case of pregnancy you shouldn’t probably use it for losing weight. When nursing, watch the baby’s reactions to your milk. If he doesn’t like the cinnamon taste, he may refuse your breast, so you’ll have to stop eating cinnamon until weaning the little one.

Generally speaking, cinnamon is good for you, but if you have any doubts, or if you suffer from some medical conditions, you may want to seek the advice of your personal doctor before using it for weight loss.

Follow Hollywood star Chris Hemsworth's Thor workout and get into godlike shape. … Thor Workout part 1: eight-week bulking plan. How to do it. Week 1 Sets 4 … For more exercise, weight-loss and diet tips, get the magazine. http://www.mensfitness.co.uk/exercises/celebrity-workouts/1919/the-chris-hemsworth-thor-workout 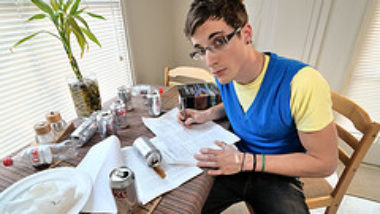