Over at Paul Kuharskys AFC South blog, he put together a AFC South offseason hype awards.[1] He picked a guy on each AFC South team whose off-season coach hype likely surpasses his ability.

For the Texans, he wasnt able to think of anyone. I cant either.

I think for Texans fans, the opposite situation happens. That when Gary Kubiak says publicly critical things of any of the rookies as areas of improvement, some Texans fans (and outsiders) start thinking AHHHH BUST PANIC IN THE STREETS. There is almost an overly exaggerated response to those statements, because there is so little news this time of year, and the fans cant watch the practices so cant put the comments in context.

On the Tuesday start of minicamp, Gary Kubiak made it very clear to the assembled media that he wanted to send a message to Brandon Brooks to keep his weight down:

(on G Brandon Brooks) I did not like what I saw today. Hes overweight and hes got to get down, but he has a chance to be a good player. Can you send that message to him? (laughs)

(on how much weight he wants him to lose) Well, a lot right now. As of yesterdays weigh-in, a lot. It had been pretty good. Im not real happy with him right now.

(on how G Brandon Brooks responded to being told he needed to drop weight) I dont know. Well see tomorrow. I dont know.

The next day, Brooks told James Hollingsworth at CBS Houston that he lost 11 pounds by the next day[2]. Whoa.

Im less than half the size of Brooks, and Ive seen my weight fluctuate 5 pounds in day, so I guess 11 pounds for a big guy working out in the heat could happen. But still. I give that a hmmm.

Some took this weight comment in a very alarmist way. Brooks is a big guy, and the potential knock on him coming out of college was controlling his weight. Can be an issue for big guys because theres reasons why they got that big in the first place. Typically, they like food. Me too.

Kubiak couldnt have liked an unexpected weight gain for Brooks after the long weekend between OTAs and minicamp. If that happened then, what was going to happen to Brooks in the much longer break between minicamp and training camp?

Better for Kubiak to talk tough now, than to have a literally bigger problem at camp.

There are some teams that carry some sloppy fat guys on the roster. The Kubiak Texans typically dont want that. For the offensive line especially, those guys arent supposed to tap out because they are tired like the defensive linemen can in a rotation. And for the Texans, they want their linemen to be more fit than their opponents, wearing them down with the running game in the 4th quarter.

As I mentioned before, Brooks carries his weight well and doesnt look unfit.

What was so surprising about the Brooks draft was even the idea that they would draft an offensive linemen that large. And Texans fans keep waiting (weighting?) for the Texans to draft a defensive tackle of size.

Ive always wondered if the Texans could even have a successful fat guy player given that they are competing for roster spots in the Texas heat. The Saints have had some players of girth, and their training camps are similarly hot.

I worry some about players wanting to do unhealthy things to lose weight. Diuretics are not only dangerous in the heat, but also will cause a positive NFL drug test. Texans long snapper, Bryan Pittman[3] was suspended along with 5 other NFL players for allegedly taking a banned diuretic.

It can be a challenge to lose weight without losing strength, because often rapid weight loss means losing muscle too. And prior to attending practice, players need to be adequately hydrated to perform, and should not be trying to lose water weight to make a particular number.

From a nutritional standpoint, the Texans team dietician Roberta Anding[4] (@RobertaAnding[5] on Twitter with health tips/more) wants players to have fuel to be able to perform well on the field, but fuel themselves in a way that doesnt adversely effect their health. In the Texans cafeteria, they have a fat and a lean side of the buffet. For some players, keeping weight on in the heat and exercise can be an issue, so on the add weight side of the buffet, the food has extra olive oil.

In sum, I dont think Brooks weight is going to be an issue.  Just think that Kubiak in all his rookie comments want them to learn his expectations or in Kubiak speak, Learn how to prepare like a pro.

The biggest obstacle to anyone losing weight in Houston is that we have too many inexpensive, good food choices. And it can be very challenging to find places in town that serve inexpensive healthy food without you having to special order different aspects of it.

Oh and it is hot this time of year. So, outside activities are only appealing if you want to feel like you are a human torch.

Recently, the Chronicles Alison Cook put together a list of her top 100 restaurants in Houston[6]. Not the fanciest restaurants. But the ones that she kept wanting to go back to. I wasnt sure I could put a list of 100 places I was very enthusiastic about, but I tried. On my newish non-Texans blog[7],* I put together my list that I jokingly  call, Steph Stradleys List of Top Houston Restaurants in an Amount Less Than Alison Cooks Top 100 Houston Restaurants.[8]

I put this list together because like many offensive linemen, I very much enjoy eating food. But I find myself sometimes getting into food ruts, going back to places that I know I will like instead of risking disappointment,  money, and more money I pay a babysitter to go to someplace that ends up not very good.

So I was trying to encourage people throughout town to put their own 100 or less lists together, or at a minimum, comment on that list as a way to collect good ideas on restaurants to go to.

My list contains a number of healthier food option choices. They seem to be so hard to find in this part of the world that I very much appreciate the places to do good food that is good for you.

On the flipside, my list under-represents hamburger/BBQ joints. Theres plenty of places in town to get a solid good burger/BBQ, but I have a hard time thinking of those that are so much better than the rest that Id drive across town to go there. That it would be worth jacking my cholesterol to eat it. So if you know of any transcendent hamburger/BBQ places in town that you need to share, please do.

*Please note. Sometimes when someone starts a new blog, it means that they post less in their old blog.  As I explain[9], I have no intention to do that, so no worries, unless you are the grumbly sort that wishes that I would post less here, and then I would politely tell you that there are other places to visit on the interwebs. Will say that it is a challenge to write Texans stuff during this time in the off-season, so forgive if it gets a little digressive in these parts.

If you are the sort that wants to see even more me blogging, I will send you in the direction of my very silly tumblr blog[10]. Sometimes things just need to live all in the same place on the web. (If you have additional suggestions for that blog, let me know).

(EMAILWIRE.COM, June 23, 2012 ) Plano, Texas Fitness website Fat Loss Tips You Can Use is sharing ways to lose belly fat as summer approaches. Belly fat or worse, abdominal obesity, can be attributed to factors which … http://www.emailwire.com/release/92876-Fat-Loss-Tips-You-Can-Use-Offers-Belly-Fat-Reduction-Tips-Just-In-Time-For-Summer.html 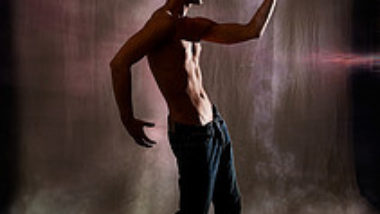 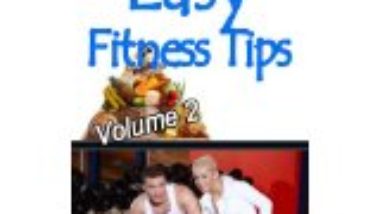