(BPT) – As more people are taking to two wheels for commuting and overall fitness, cycling accidents and injuries are on the rise. The National Highway Traffic Safety Administration (NHTSA) reported that in 2015, 818 cyclists were killed in motor vehicle traffic crashes in the U.S., an increase from 729 in 2014. In addition, more than 45,000 people were injured in bicycle accidents in 2015. More than 80 percent of those killed or injured were male. While safety gear for cyclists is improving thanks to better technology, it is not a fail-safe for sensible cycling.

According to the U.S. Census Bureau, the number of people who commuted to work via bicycle in 2014 had increased 60 percent over the past decade nationwide. Local governments across the country have made efforts to improve commuting options — such as bike-sharing programs and infrastructure aimed at making bike commuting easier, including increased cycling paths and bike lanes — but in many cases, cyclists are still sharing the road with cars, which are increasing in volume as well. In 2015, there were an estimated 263 million cars on the road in the U.S.

Add more bikes, more cars and the fact that distracted driving has reached dangerous levels, and we have a recipe for disaster. The NHTSA estimates that 660,000 drivers use electronic devices while driving on any given day.

Data from Craig Hospital, a rehabilitation hospital that specializes in the treatment of spinal cord and brain injuries, shows a 290 percent increase in bicycling-related injuries from 2011 to 2016. The majority of these patients have sustained traumatic brain injuries, and according to the hospital’s data, these brain injuries are increasing in the level of severity. For example, in 2016, 67 percent of patients who were admitted with cycling-related brain injuries measured at level five or lower (more severe) on the Rancho Los Amigos scale, which measures awareness, cognition, behavior and interaction, compared to 40 percent in 2011.

“The injuries we see from bicycle-auto accidents are becoming more and more severe, likely due to the accidents happening much more quickly. When someone is driving distracted, they don’t see a cyclist until it’s too late to try to avoid them, so the impact is much greater,” said Dr. Alan Weintraub, physician and brain-injury program medical director at Craig Hospital in Englewood, Colorado.

While improvements in safety gear — better helmet technology, sensors for cyclists that can detect oncoming vehicles and more — can certainly help, when a car and a cyclist collide, the cyclist is always at a disadvantage.

“Obviously, patients we see who are wearing a helmet when they are injured typically have a better prognosis than those who are not, but my fear is that as safety equipment improves and becomes more ubiquitous, people can have a false sense of security and take more risks. Helmets or other safety devices should never be a replacement for awareness, caution and following the rules of the road,” said Weintraub.

Cyclists and drivers can take steps to create a safer environment for everyone using the road. NHTSA has provided these guidelines:

* All bicyclists should wear properly fitted bicycle helmets every time they ride. A helmet is the single most effective way to prevent head injury resulting from a bicycle crash.

* Bicyclists are considered vehicle operators; they are required to obey the same rules of the road as other vehicle operators, including obeying traffic signs, signals and lane markings. When cycling in the street, cyclists must ride in the same direction as traffic.

* Wear bright clothing and use reflective gear; and at night, use a front light and a red reflector or flashing rear light.

* Plan your route and consider which routes have the most accessibility for bikes.

* Just like drivers, cyclists should avoid distractions like talking on a phone, texting or listening to music that could make it difficult to hear cars.

* Yield to cyclists as you would other cars, and don’t underestimate a cyclist’s speed.

* Check for cyclists when backing up, at stop signs, and when opening your door when parked.

* When turning right from a lane that can go straight or turn, check to your right for cyclists going straight.

* Give cyclists room and do not pass too closely.

* One World Army for the New World Order, and obligates countries to commit soldiers, weapons and taxpayer money to any member country that claims it is being threatened. Post-Industrial Feudalism
Subscribe✔https://www.youtube.com/channel/UCIdKjWk5gp0N0Mu_4aljp1g?disable_polymer=true

Throughout History People gets together to end tyranny.

The elite believes that the current level of resource consumption is unsustainable in the long run and consequently the world must enter a postindustrial society once again based on a form of scientific feudalism.

As sociopathic control freaks, the elite wants to create a completely controlled society of slaves that are implanted with microchips so they can track every move of the population and ultimately control every thought a person has.

As their knowledge of genetic engineering advances, the intent is to create a slave class of purpose made humans serve the elite. As part of the new society they seek to create, the elite seek to control reproduction in a scientific manner.

The elite is obsessed with death and the possibility of escaping it through science to achieve immortality. The tremendous amounts of money being pored into research in genetics and life extension reflects this.

As the elites seek immortality, they foresee a possible future in which they merge with machines and the resulting “species” lives immortal lives and replaces all humans as we know them today.

Rules (protecting sovereign rights), not rulers, as the structure that will best allow for the realization of our true potential. I am a Voluntaryist who looks through the lens of the NonAggression Principle (NAP), forbidding the initiation of force (except in true self-defense) or fraud and requiring universal equal rights. I am a firm believer that 1) a small group of people having control over the money supply and then 2) mandating taxation the foundations of all governments are both theft and are therefore morally reprehensible.

Nonetheless, we have a new “rule” at this stage, and I believe we can all benefit from up-leveling the conversation to see how his policies will impact on our lives, especially since we have an opportunity for it to be a very different ride than if we simply had the next corrupt establishment globalist taking power.

End of the Age – New Age

Throughout History People gets together to end tyranny. We must not believer on those force of lies deception of the mainstream media is feeding our frenzied divide with one another, keeping the meaningful conversations and reconciliations at bay. I see the “divide and conquer” strategy in full swing, where conflicts between genders, races, classes or political parties are created and used by the few at the top to keep the masses fighting each other, weak, preoccupied and in support of authoritarianism.

So how do we move from here to an empowered relationship with ourselves and each other? It’s critical that we deepen the conversation and swim upstream into the assumptions, the contradictions and the moral basis of human relations, because as a species with weapons of mass destruction, we can’t afford not to get this clear and right, right now.

Most people share virtually the same values; the differences show up in how to achieve the better world we all want. Remembering this is an essential first step in communicating effectively and respectfully across the political divide. I will take that step here, with a trans-political view of Trump and an open letter to him to address the opportunity we face by looking through the lens of principles, not politics. 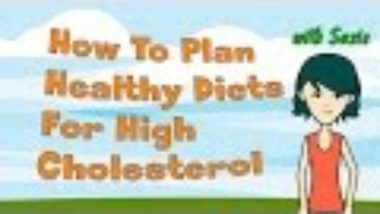 The simple plan that can keep your cholesterol in check 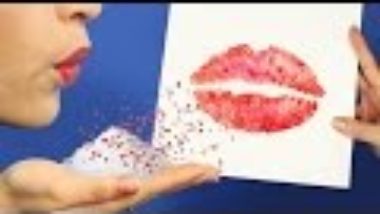