(BPT) – All-Star centerfielder Bernie Williams is taking on a new role as an advocate for idiopathic pulmonary fibrosis (IPF) awareness in honor of his dad Bernabé who lost his life to this rare and fatal lung disease. In this new role, he’s teamed up with Boehringer Ingelheim on Breathless(TM) (www.BreathlessIPF.com), a national education campaign that offers hope to those with IPF and their loved ones – and helps them get the information and support they need.

Williams’ dad’s battle with IPF began in the ’90s, at a time when Williams’ career with the Yankees was in full swing. Bernabé, who had been in perfect health his whole life up until then, began to experience breathlessness and disruptive coughing fits, and the Williams family became concerned.

‘My dad was a role model to me – and my biggest fan. When I was a kid, long before there were any thoughts of me becoming a professional baseball player, we’d go out to the local field and play catch for hours just because I enjoyed it – and it was time for the two of us together,’ said Williams. ‘My dad was such an important part of my life. So when he started to have health problems, I became worried – and scared.’

After seeing several doctors and years of misdiagnoses, Bernabé finally saw a lung specialist, or pulmonologist, who accurately diagnosed him with IPF and explained the fatal nature of the disease – a devastating reality for the entire Williams family. Over the years that Bernabé battled IPF, Williams flew from New York to Puerto Rico to help care for him – even missing an occasional Yankees game to be by his side.

Bernabé’s breathlessness eventually progressed to the point where he could barely participate in regular telephone calls with Williams without becoming winded, and everyday tasks like walking up stairs or bending over to pick something up turned into difficult struggles. Finally, and sadly, in May 2001, Bernabé lost his fight to IPF and passed away at the age of 73.

Bernie Williams teams up with the Breathless(TM) campaign

Unfortunately, the Williams family is not alone. As many as 132,000 people are affected by IPF in the U.S., and there are approximately 50,000 new cases diagnosed each year – enough to fill some baseball stadiums. Worse still, since the symptoms of IPF, including breathlessness during activity, a dry and persistent cough and chest discomfort, are similar to more common diseases like chronic obstructive pulmonary disease (COPD) and asthma, the disease is regularly misdiagnosed – sometimes by multiple doctors and for multiple years.

Williams is now on a mission to turn his family’s heart-wrenching experience into a chance to help others, and he wants anyone who thinks they may be suffering from IPF to talk to a lung specialist sooner rather than later, so that they may be accurately diagnosed early and prescribed an appropriate treatment regimen.

‘IPF is a disease that has touched my life in a very profound and personal way,’ said Williams. ‘When my dad was diagnosed with IPF, we didn’t have the information and tools we needed available to us, so now I want to educate and empower others who are affected by this difficult and oftentimes deceiving disease – but I need your help spreading the word.’

Williams is encouraging everyone to visit www.BreathlessIPF.com, where there are a number of helpful IPF resources that you can share with your loved ones through social media. A few minutes of your time – and a few simple clicks – may just provide someone with the information they need to take action. 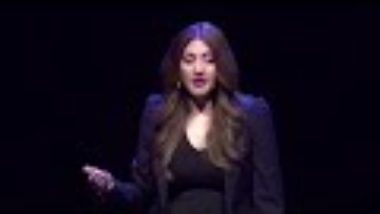 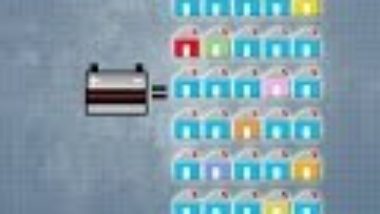