(BPT) – More than one in three Americans – roughly 100 million people – are obese, according to the Centers for Disease Control and Prevention. Like so many of these individuals, Cheryl Denby struggled for years with countless diets that left her hungry, frustrated, and deeply discouraged when they failed. That changed in late 2015 when she underwent a minimally invasive, investigational treatment to reduce blood flow to the part of the stomach that creates the body’s most powerful hunger signals.

‘Before I went through with this treatment, I weighed nearly 300 pounds and felt uncomfortable when around other people. It really limited what I wanted to do,’ said Denby. ‘Now, more than one year later, I weigh close to 225 pounds, feel more confident with friends and when shopping for clothes, and can once again travel comfortably on an airplane. My weight loss has also inspired other people in my family to get healthier, with my son losing just as much weight as I have by being more mindful of his eating habits.’

Her life was changed by bariatric arterial embolization (BAE), a new and minimally invasive treatment that targets the spot in the stomach that produces most of the body’s strongest hunger hormone, called ghrelin.

‘The promising results that we are seeing in Cheryl and the other trial participants tell us that BAE is well tolerated, appears to be effective in the long term, and has the potential to touch many lives,’ said Clifford Weiss, M.D., FSIR, the study’s lead researcher and associate professor of radiology and radiological science at the Johns Hopkins University School of Medicine. Along with his team, Weiss, the director of interventional radiology research at Hopkins, is presenting findings from their research at the Society of Interventional Radiology’s 2017 Annual Scientific Meeting, taking place in Washington D.C.

Denby attributes much her weight loss to the fact she doesn’t feel nearly as hungry as she did before the treatment. Researchers believe this is because BAE reduces the production of ghrelin. Specifically, they found that ghrelin levels decreased by almost 9 percent one month after treatment and by 17 percent three months after.

A major benefit of BAE is that it is much less invasive than other obesity treatments. BAE is performed exclusively by interventional radiologists, who use image guidance and catheters to access specific blood vessels leading to this portion of the stomach through a small nick in the skin at either the groin or wrist. The doctor injects microscopic embolic spheres (or beads) to decrease blood flow to that portion of the stomach, thereby suppressing some of the body’s hunger signals, leading to reduced appetite and weight loss. Because BAE does not require surgery, it has a short recovery period, allowing patients to recover quickly and get back to their daily lives just days after the treatment.

Trial participants were also enrolled in a weight management program that included visits with a registered dietitian and other health care professionals. Weiss believes that the combination of this program with BAE could be the key to weight loss and an improved quality of life for specific patients who have not had success with traditional weight loss approaches. Weiss is also hopeful that, as the BEAT Obesity trial proceeds, it will continue to yield positive results that give new hope to countless people like Cheryl Denby.

* By Jim Surkamp, Terry Tucker, Ardyth Gilbertson and Homer Speaker.
copyright jointly held by all the above persons with the exception of musical performances of Ms. Tucker and she is the owner of the arrangements and the performance. More at http://civilwarscholars.com

Thy Will Be Done – Shepherdstown, Antietam & the Bower 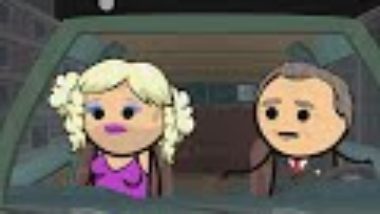 How does your hospital stack up for maternity care?

10 tips to keep ‘achoos’ from interrupting your ‘I do’s’