A synthetic nasal formulation of the hormone oxytocin reduced caloric intake in healthy men, particularly consumption of fatty foods, after a single treatment, a new study finds. The results, to be presented Sunday at The Endocrine Society’s 97th annual meeting in San Diego, confirm those of animal studies showing oxytocin reduces food intake.

Oxytocin nasal spray reportedly lowered the number of calories men consumed at a subsequent breakfast whether they were normal weight or overweight. In addition, the researchers found that oxytocin improved metabolic measures, such as insulin sensitivity, which is the body’s ability to successfully clear glucose (sugar) from the bloodstream.

“Our results are really exciting,” said lead investigator Elizabeth Lawson, MD, MMSc, assistant professor of medicine at Harvard Medical School, Boston. “Further study is needed, but I think oxytocin is a promising treatment for obesity and its metabolic complications.”

The oxytocin nasal spray (made by Novartis) is approved in Europe but not in the U.S. other than in clinical trials. Oxytocin is available in the U.S. as an intravenous or injectable drug (Pitocin) to induce labor.

Lawson and her colleagues enrolled 25 healthy men into the study, which received funding from the National Institutes of Health and a Massachusetts General Hospital Claflin Distinguished Scholar Award (to Lawson). The participants had an average age of 27. Thirteen of the men had a healthy weight, and the other 12 were overweight or obese. The men were randomly assigned to self-administer a single dose (24 International Units, or IU) of either oxytocin nasal spray or a placebo (dummy drug) after fasting. All were unaware which treatment they received.

One hour later, the men received breakfast, which they picked out from a menu. Each meal contained double portions. After the meal, the researchers measured how many calories each man ate.

In a separate visit, the men repeated the experiment but received the opposite treatment (placebo or oxytocin) from the first visit. According to the investigators, there was no difference in how much food the men reported eating in the three days before each experiment.

On average, the men ate 122 fewer calories and 9 grams less fat at the meal after they received oxytocin nasal spray compared with placebo, the study data showed. Oxytocin also reportedly increased the use of body fat as a fuel for energy. There were no serious side effects and no difference in side effects between oxytocin and placebo, according to Lawson.

Oxytocin had no effect on self-reported appetite or on appetite-regulating hormones measured in their blood, the researchers discovered. Therefore, how oxytocin affected caloric intake is unclear, Lawson said. In preclinical studies, oxytocin was involved in appetite-reducing pathways in the brain.

Because oxytocin has sex-specific effects, it needs to be studied in women, as well as in both sexes for an extended treatment duration, she said. 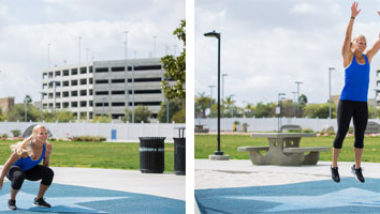 What Everyone Needs To Know About Exercise And Blood Pressure