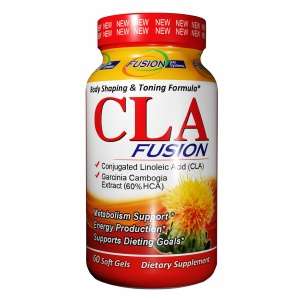 What started as an evolutionary protection against starvation has become a biological “bad joke” for people who need to lose weight. The human body doesn’t distinguish between dieting and possible starvation, so when there is a decrease in calories consumed, human metabolism increases its energy efficiency and weight loss is resisted.

In a new study published in the journal Molecular Therapy, a team from the University of Iowa and the Iowa City VA Medical Center has developed a targeted approach to override this “energy saving” mode and allow muscle to burn more energy, even during low to moderate exercise. The new findings might provide the basis of a therapy that could help people get a head start on losing weight by helping to overcome the body’s natural resistance to weight loss.

“Our bodies are geared to be energetically efficient and this often works against us when we are trying to control or reduce our weight,” says study co-author Denice Hodgson-Zingman, MD, UI associate professor of internal medicine. “This study shows for the first time that this energy efficiency can be manipulated in a clinically translatable way. While such an approach would not replace the need for a healthy diet or exercise, it could jump start the process of weight loss by overcoming the initial hurdles imposed by our energy-efficient physiology.”

The new study builds on previous research, which found that a protein called ATP-sensitive potassium (KATP) channel is a powerful modulator of energy efficiency in skeletal muscle even during low-intensity activity. The UI team showed that altering the activity of the KATP protein causes skeletal muscles to become less efficient and burn more calories.

To turn this finding into a therapy, however, the team needed an approach that disrupted the channel’s activity in a very isolated and controlled way. The gene therapy method used in the earlier mouse studies is not feasible for human patients, and a drug that inhibits the channel protein would target not only the channels in muscle but also those in the heart, which could produce very dangerous side effects.

In the new study, the researchers devised a relatively simple solution. They made a compound called a vivo-morpholino, which suppresses production of KATP. Injecting this compound into the thigh muscles of mice produced a local loss of the protein but did not affect the protein in other organs or even in neighboring skeletal muscles. The study showed that the injected muscles burned more calories than untreated muscle without significantly affecting the muscle’s ability to tolerate exercise.

Obesity is a significant public health problem in the developed world, and the CDC estimates that more than one in three American adults are obese. Exercise is considered a mainstay of weight control or weight loss, but many people find it difficult to engage in moderate or strenuous exercise because of other health problems or limitations such as lung or

http://www.gettoyourcore.com How to choose the right ball for a chair. How to create a standing coomputer station. Plus…exercise ball surfing!

Travel Health Tips: Things To Do To Minimise Your Jet Lag

Tips For Making Exercise A Habit