Hospital-based exercise program improves quality of life for adults with arthritis, other muscle and joint conditions

It may seem counterintuitive, but exercise can be beneficial for people suffering from arthritis and other muscle and joint conditions. A new study at Hospital for Special Surgery (HSS) finds that older adults experienced less pain, reduced stiffness and less fatigue after participating in a hospital-based exercise program.

“The study adds to the growing body of evidence that exercise can help people with muscle and joint conditions,” said Sandra Goldsmith, MA, MS, RD, director of Public and Patient Education at Hospital for Special Surgery.

Up to 50 million adults in the United States have some type of musculoskeletal condition, affecting mobility and quality of life. Ms. Goldsmith and colleagues set out to assess the impact of HSS exercise classes on pain, stiffness, fatigue, balance, falls and physical activity.

A total of 1,400 adults participated in various exercise programs at the hospital during the course of the study, which began in 2011. The low-cost classes, led by certified instructors, included pilates mat, therapeutic yoga, yoga-lates (a combination of yoga and pilates), t’ai chi and dance. Classes met once each week and were open to the general public.

“Our data indicate that hospital-based programs can play an important role in pain relief, improved quality of life and improved levels of physical activity in older individuals with musculoskeletal conditions,” Ms. Goldsmith said. The research was presented at the American Public Health Association annual meeting in November.

“Often patients with musculoskeletal disease are more deconditioned than their disease-free counterparts. Strengthening the muscles around an arthritic joint has been shown to slow the progression of osteoarthritis and reduce pain,” said Linda Russell, MD, a rheumatologist and member of the Community Benefit & Services Committee of the Board of Trustees at Hospital for Special Surgery.

A total of 204 individuals handed in questionnaires both before and after completing the program. Survey results covered September 2011 to July 2014.

The study found that after taking the classes, fewer participants reported experiencing a high level of muscle/joint pain from their condition (56 percent before the program started vs. 47 percent after completing the program). The study also reported statistically significant reductions in how much their pain interfered with their general activities, ability to walk, mood, sleep and enjoyment of life.

Eighty-three percent of participants indicated a reduction in stiffness; eighty-two percent said they felt their balance improved; and sixty-seven percent said they experienced less fatigue as a result of taking part in the program.

Health outcomes were also related to the type of exercise class participants chose, with the greatest reduction in muscle/joint pain reported by those who took t’ai chi. “The survey results indicate that the hospital’s exercise programs have a positive

With Valentines Day coming up why not include a partner in your exercise routine? ACEs Jessica Matthews shares a few fun and effective exercises you can perf…

It s a fact that dehydration leads to a decrease in performance, and Skratch Labs has the winning formula to replace both the fluid and electrolytes you lose from sweating while providing enough calories to fuel your muscles. Aside from the fact that the science works, the taste is spot on. It s made from real fruit, has no artificial colors or preservatives, and we guarantee it will not leave your stomach clenching. It just works. It s a drink you look forward to sipping, and when you drink more, you perform better.
List Price: $ 19.50
Price: $ 19.50

Help relieve the stress on your wrists with the Safco SoftSpot Proline Keyboard Wrist Support. It cushions and supports; easing stress on wrists and forearms. The wrist support also comes with an illustrated excercise guide so you can use it to relax your muscles and stimulate circulation. Ships 10 to a carton. Features:Safco SoftSpot Proline Keyboard Wrist Support Includes illustrated exercise guideRemovable keyboard pad can be rotatedCushions and supports; easing stress on wrists and forearmsTherasoft distributes weight, eliminates pressure points and improves circulationNon-abrasive, durable and anti-staticShips 10 to a cartonDimensions: 18in W x 3.5in D x 1.25in HWeight: 1 lb. 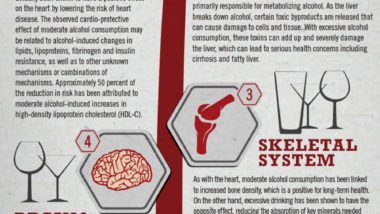