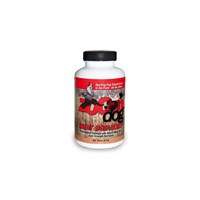 Animal studies have shown that the natural fermentation of dietary fibre by gut bacteria produces short chain fatty acids, one of which is propionate.

These fatty acids stimulate the release of the gut hormones PYY and GLP-1, which in turn suppress appetite. And propionate seems to be the most effective at stimulating PYY and GLP-1 release.

To find out if increasing levels of propionate in the bowel could reduce food intake and stave off weight gain in people, the researchers developed a propionate supplement primed to target propionate release in the bowel.

Next, 60 overweight adults between the ages of 40 and 65 received either a daily 10 g dose of the propionate supplement or 10 g of inulin alone over a period of 24 weeks. They were asked to follow their normal dietary and exercise routines throughout.

Body weight was assessed at the beginning and end of the study period, as was the distribution of fat around the body.

A fasting blood sample was also taken to check on risk factors for cardiovascular disease and diabetes, including blood fats, liver enzymes, and markers of inflammation.

Forty nine of the original 60 participants completed the trial.

Among the 25 people taking the propionate supplement, just one put on more than 3% of their baseline weight, compared with six of the 24 treated with inulin alone.

Furthermore, the propionate supplement altered the distribution of body fat, significantly trimming abdominal fat tissue compared with inulin alone, and lowering the total amount of fat in the liver.

The evidence suggests that adults gain around half to 1 kilo in weight every year throughout middle age by just consuming 50-100 extra calories a day. And the findings provide the first direct evidence that raising propionate levels in the bowel can cut energy intake and stave off longer term weight gain, say the researchers.

“The present results support a role specifically for colonic propionate in weight management and may provide a molecular explanation of recent data that have observed changes in the gut [range of bacteria] and associated [short chain fatty acid production] profiles in weight loss,” they conclude.

Hunt Dog Hunt Performance Formula (90 Tabs) is a fast-acting supplement containing powerful antioxidants and joint nutrients, including OPC antioxidants, glucosamine, chondroitin sulfate, collagen, manganese and vitamin C. Excessive free radicals are released during aerobic exercise, such as hunting, which cause damage to joint tissues. Hunting dogs need more antioxidants in their diet to combat these free radicals. They also require more joint nutrients than most dogs to maintain the shock-absorbing qualities in their joints. Hunt Dog Hunt is recommended for use as a daily vitamin to prevent the early signs of joint disease and to help manage established cases, so your dog can continue hunting for many years. Most dogs show improvement in mobility after just 10 days of use, so you only need to double the initial dose for 5 days, which is less than half the time of other supplements. Hunt Dog Hunt is available in a 90-count bottle as a flavored chewable tablet that dogs take like a treat. by ZoomDog
List Price:
Price: 32.99

Dietary Supplement Green Tea Triple Fat Burner Plus raspberry ketones 2 To help you maintain a healthy weight* 3 900mg EGCG per daily serving This powerful product helps you maintain your weight with green tea extract* Green tea extract has been shown in emerging research to support: Increased metabolism* 2 Thermogenesis* 3 Fat oxidation* This is not a weight loss product. This product is intended to support weight maintenance along with a healthy lifestyle, including a sensible diet and exercise program* *These statements have not been evaluated by the Food and Drug Administration. This product is not intended to diagnose, treat, cure, or prevent any disease. 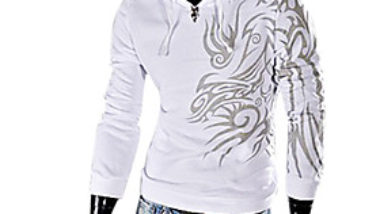